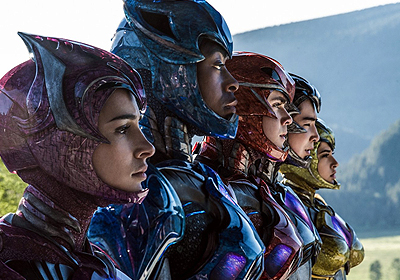 "not just your typical superhero origin story, it’s packed full of heart, lead by a cast of fresh faces and you’ll never be bored"

The notion of a film based on the classic 90s series is one that has been tried before - twice in fact - with 1995’s Mighty Morphin’ Power Rangers: The Movie, which was met with high praise back then (for a film of its time, however, revisiting the film in today’s modern world we can see the effects are ropey at best, but hey it was the 90s) and then again in 1997 with the lacklustre Turbo: A Power Rangers Movie, something that was more akin to the television series and played out like an extended pilot for said series.

Thankfully though, Dean Israelite and his creative team have crafted what is just astonishing, giving us a mix of gritty realism with a healthy dose of the cheesy nature of the show. It gives fans of the show what they know to expect from a film based on the beloved franchise, as well as capturing new audiences with what they have grown to recognise from a superhero film.

The film wouldn't work as well as it does without the central performances of Naomi Scott as Kimberly, RJ Cyler as Billy, Ludi Lin as Zack, Becky G. as Trini and lead by Dacre Montgomery as Jason. These five are brilliant in these roles and have a believable chemistry together.

This is a new origin story, and the back story involving Bryan Cranston’s Zordon and Elizabeth Banks’ Rita Repulsa is incredible. I’m happy they went there, giving us a plausible reason why Zordon is the Commander/ Advisor to the new team of Power Rangers, although he isn’t quite the Zordon we knew from the series, which makes sense. Without giving away anything, he’s a seasoned and weathered Zordon, as with Banks’s Rita.

You can see she’s relishing the role and plays it beautifully, with plenty of menace and a healthy heap of cheese, making her a well rounded villain.

The action is incredible, not just the beautiful looking Zords but the fight scenes where the new team of Rangers are training in the Pit, a new aspect to the Power Rangers lore.

As with all superhero origin stories of recent years, there is an inciting incident that brings our heroes together as a team. One of my favourite aspects to the film was a camp fire scene that precedes that big scene where the Rangers are getting to know each other.

Don’t be fooled - I’m not just a fanboy, I acknowledge that the story is one we have seen before many times. As I mentioned before, all superhero origin storylines do it and it’s nothing new. What is new is how it is handled and executed, and I believe they nailed it!

In closing, Power Rangers is not just your typical superhero origin story. It’s packed full of heart, lead by a cast of fresh faces and you’ll never be bored; the runtime of just over 2 hours flies by and reminds us how superhero origin stories should be done. I can’t wait for the sequel now that they have built a steady foundation, so it’s morphin’ time this weekend.