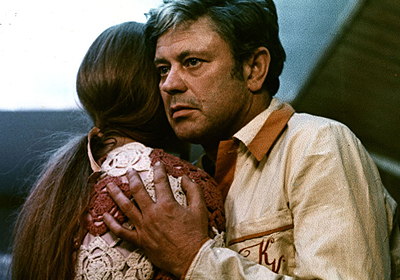 "Oddly, it may be Tarkovsky’s most conventional film which perhaps says more about his own style than Solaris itself"

Andrei Tarkovsky’s 1972 film Solaris is often touted as a classic but there are those who feel it’s something of a foray into tedious pretension. There was even once a joke that, were it to be made into a theme park ride, the said ride would involve you sitting there for hours on end while nothing actually happens.

Analysing it prior to its release on Blu-Ray this coming Monday will do little to convince the film's detractors otherwise, but while it undeniably does strain the patience at times, as there is with all Tarkovsky’s films there is a deep subtext to Solaris, that transcends it above the norm, cementing its place in film history. And of course at its heart is the age old question that dominates the very best science fiction films, from 2001 to Gravity, about the notion of what it means to be human and therefore the very fabric of our own being.

An adaptation of Stanislaw Lem’s sci-fi novel, the story follows Psychologist Kris Kelvin (Donatas Banionis), who is sent on a mission to the Solaris space station where he encounters a psychologically unstable skeleton crew, plagued by ‘visitors’. It’s not long before Kelvin goes down the same path as visions of his deceased wife begin to have him question what is real and what is not. Is she actually present or a copy of what he remembers created and manifested in and by his own mind? And is this is the case, to what extent is she ‘real’? And what makes something ‘real’ or, indeed, human?

The film never offers clear answers and it is part of this ambiguity that makes Solaris such a wonder to behold. The examination of the spiritual against the physical draws into question the idea of death and the afterlife – whether it is true or something humanity created by way of preserving our memories in the hope that one day we will be physically reunited with them. The notion of humanity letting go to something so tangible that can be taken from us so easily is one that brings about the idea of two worlds that come crashing together here, and this, in turn, calls in the notion of dreams in a similar vein to Tarkovksy’s hypnotic Mirror.

Solaris is not a film that offers answers, how could it when the questions are so profound and their possible resolutions so meaningful, but it’s certainly a film to challenge its audience and really make them think. To that end, as a film itself represents the power of the best of the cinematic medium.

Oddly, it may be Tarkovsky’s most conventional film which perhaps says more about his own style than Solaris itself and for those that are willing to go with its slow-burning, hypnotic feel, the rewards are plentiful.