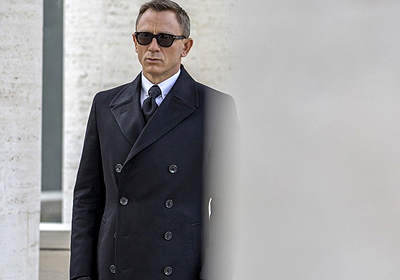 "If Spectre proves to be Craig’s swansong in the franchise he arguably helped revive, he will nonetheless be sorely missed"

James Bond is back for his 24th adventure of globetrotting, fast cars, beautiful women and all round bad guy bothering. But Spectre feels trapped in the shadow of its highly acclaimed predecessor and struggles to deliver a truly memorable 007 of the same calibre.

The plot follows 007 faced with the ire of his superiors following an unofficial mission to Mexico City which, in typical Bond fashion, is far from discreet in its execution. With the continued existence of MI6 under threat from governmental restructuring, Bond undertakes a personal quest to investigate the shadowy organisation known as SPECTRE led by the mysterious Franz Oberhauser: a sinister figure from Bond’s past that appears to have had a significant hand in Bond’s life of late.

Daniel Craig returns in his fourth (and possibly final) performance as Bond. Craig remains excellent in the role retaining the steely-eyed, almost psychopathic level of ruthlessness that comes with his interpretation of the character. However, he does inject a much greater level of humour this time around than he managed in his previous performances. The interactions with Ben Wishaw’s Q are a comic highlight; with the chemistry between the two reminiscent of the interactions between Connery and the late Desmond Llewellyn of Bond films of old.

New to the franchise are acclaimed actresses Monica Bellucci and Lea Seydoux as the film’s ‘Bond girls’. Both do well in their roles, however in my view, both are rather short changed with the material they are given. They have little but the barest of character traits and motivations that waste their excellent talents. Bellucci in particular is severely underused, her much publicised casting as the oldest ‘Bond girl’ at 50 is rendered somewhat void as she appears in the film for barely 10 minutes. Enough time for Bond to meet, interrogate and sleep with her, of course, before she is abruptly discarded from the rest of the movie, never to be seen again.

Christoph Waltz as Oberhauser is a Bond villain straight out of classic era. As the leader of SPECTRE he chairs meetings of criminals and terrorists from the shadows with all fearful of his wrath as he plots his schemes of world domination from his secret desert lair. It has been a long time since a Bond villain presented himself with this level of gravitas and pomp. Waltz is mesmerising in the role and is clearly loving his chance at being a Bond villain, however he is barely given enough time to be a truly fearsome threat, despite the film presenting him as the puppet master behind all of Bond’s misfortunes and the key twist as to who Oberhauser will ultimately become is so obvious it can be seen from space (But I won’t spoil it here).

The film’s visual are beautiful, as director Sam Mendes and cinematographer Hoyte van Hoytema show off their masterful visual abilities in the framing of the film’s action scenes in which the chaos and violence is just a marvel to behold. Of note is the opening sequence that starts with a (seemingly) single take tracking shot as we follow Bond en route to taking out a villainous assassin and the truly heart stopping helicopter fight scene that bookend the pre-credits sequence. Thomas Newman’s score is also, as per usual, a treat for the ears and cements his place as one of the finest Bond composers and among the best film composers working today. However, less can be said about Sam Smith’s theme song because it’s simply awful.

Criticism aside, Spectre is a decent film overall. However, I feel that it simply doesn’t match up to the brilliance of its predecessor. The villains are severely underused, the female leads are not given material deserving of their acting talents and the somewhat half-baked and forced attempt to tie Craig’s tenure as Bond together with an overarching plot to account for SPECTRE’s return to the franchise is simply unnecessary. The action scenes, aside from being masterfully executed and exhilarating, work but lacks a satisfying closing set piece, with no final confrontation between the two foes, the finale feels somewhat abrupt and anti-climatic.

While it pales in comparison to its predecessor, Spectre is overall a fine addition to the Bond franchise and delivers another terrific performance from Craig’s rendition of Bond. If Spectre proves to be Craig’s swansong in the franchise he arguably helped revive, he will nonetheless be sorely missed.