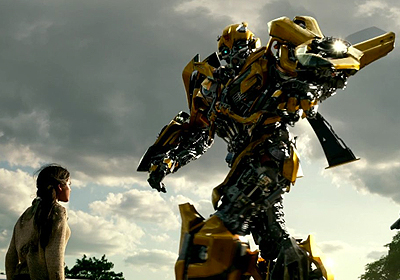 "visually stunning piece of cinema best enjoyed in IMAX, suitable for the family as well as friends"

Let me start by saying that I’ve always had high hopes and a soft spot for this franchise, having been just the right age to have caught the back end of the original run of Transformers the 1st time round these films have almost been a guilty pleasure. Whilst for the most part all previous entries have been well received this instalment initially faced an admittedly tougher audience considering the over saturation of comic book and cartoon adaptions currently out or in the pipeline.

The basics of our story are that the Autobots and Decepticons are still on Earth, battling each other sporadically in the ruins of various cities. Prime (Peter Cullen) has left Earth to search for his creator and by extension Cybertron following the events of Transformers: Age of Extinction. However, in our opening flashback we are taken back 1600 years to Arthurian England and we see how the Transformers have been around us far longer than almost anyone has known. We get the odd flashback throughout the film which hints at their involvement throughout history, however to say anymore would be giving away major plot points and we will leave it to you to decide if you feel this adds or detracts from the overall plot.

It’s worth noting that both Michael Bay and Mark Wahlberg will both be exiting the franchise after this instalment. Although often criticised Bay has brought to life a part of many people’s childhoods and it’s not immediately obvious if the future of the franchise will suffer for his leaving. Wahlberg as always is fun to watch, always adding an element of himself to any role he plays. The supporting cast are no slouches either with Hollywood royalty Sir Anthony Hopkins and Laura Jane Haddock (Guardians of the Galaxy) playing somewhat of mentor and love interest roles to Mark Wahlberg's Cade respectively.

The film is packed full of easter eggs and references for those with a keen eye, notable ones being references to; The Headmasters, Unicron and Quintessons. There’s also a flashback where we see Bumblebee’s original form and the introduction of fan favourite Hot Rod (Albeit with a daft French accent that didn’t seem to fit and will likely annoy most hardcore fans). I feel a lot of the focus of the film is the confrontation between Optimus Prime and Bumblebee seen in most of the promotional material, this is unsurprising considering the long in development Bumblebee spin off which will likely be with us before another direct instalment of the franchise. Also, a nice nod for fans of the WWE UK roster, those with a keen eye will spot both Trent Seven & Wolfgang as well as strongman legend Eddie Hall.

Lastly it wouldn’t be fair not to talk about whether or not a soft/hard reboot may be on the cards; as mentioned above, Bay has taken his vision as far as he wants it go and it’s been a hell of a ride in the course of doing so, but would the franchise benefit from a total reboot? It’s possible, there have been a lot of die-hard fans who haven’t enjoyed some of the takes on beloved characters and the decisions on how best to use them, by the same token, these changes have helped the films appeal to a wider audience. Ultimately only time will tell, however if the mid credits stinger is anything to go by then we can expect at least ties to the current timeline.

In summary, the film is what you expect from every Transformers film. A visually stunning piece of cinema best enjoyed in IMAX, suitable for the family as well as friends. The running time does become apparent at times though and it can feel over saturated. Best enjoyed with an open mind and not to be taken too seriously, it’s more than meets the eye.

Solid 4 out 5, with a few pacing and over saturation issues keeping it off the 4.5/5 star mark.