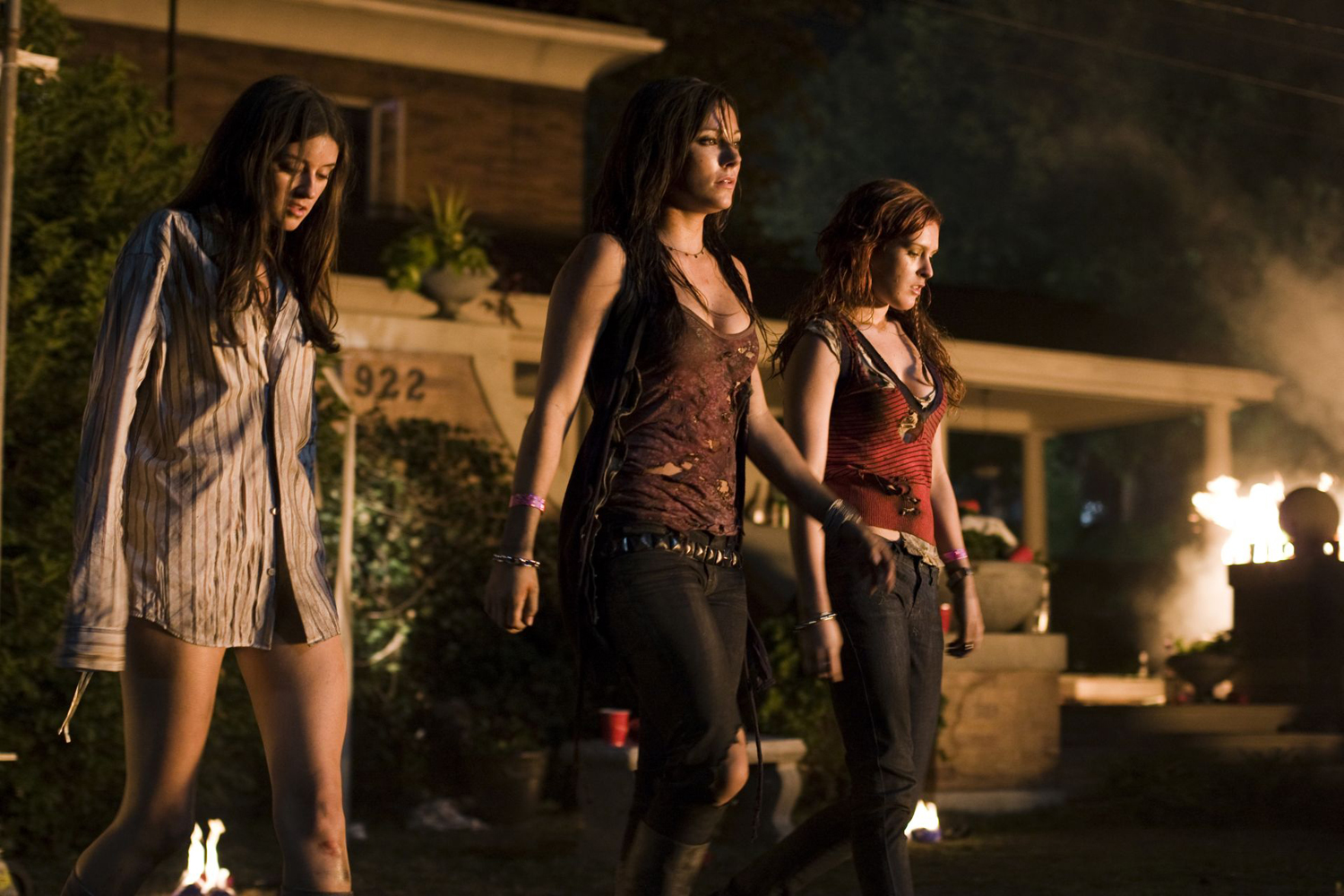 When the sisters’ prank backfires at a Sorority party, Megan (Partridge) is unexpectedly and brutally murdered.  Never before has their pledge of trust, solidarity and secrecy ever been so tested.  They jointly decide to dispose of the body in an old mineshaft and put the incident behind them to get on with their graduating year….but will their secret remain buried forever?!

At the girls graduation they all receive a text message informing them that someone knows what happened on that fateful night. The sisters and their unsuspecting boyfriends become victims of a psycho masked predator with a weapon designed to wreak havoc!

How will the girls survive, when their past comes back to kill them!

In a genre that is packed full of teen slashers, Sorority Row doesn't stand out from the crowd, sure the girls are all hot and play their parts reasonably well. Leah Pipes 'Jessica' the bitch of the bunch and Rumor Willis' 'Ellie', the quiet, more...