The Book Of Eli | The Fan Carpet

The Book Of Eli 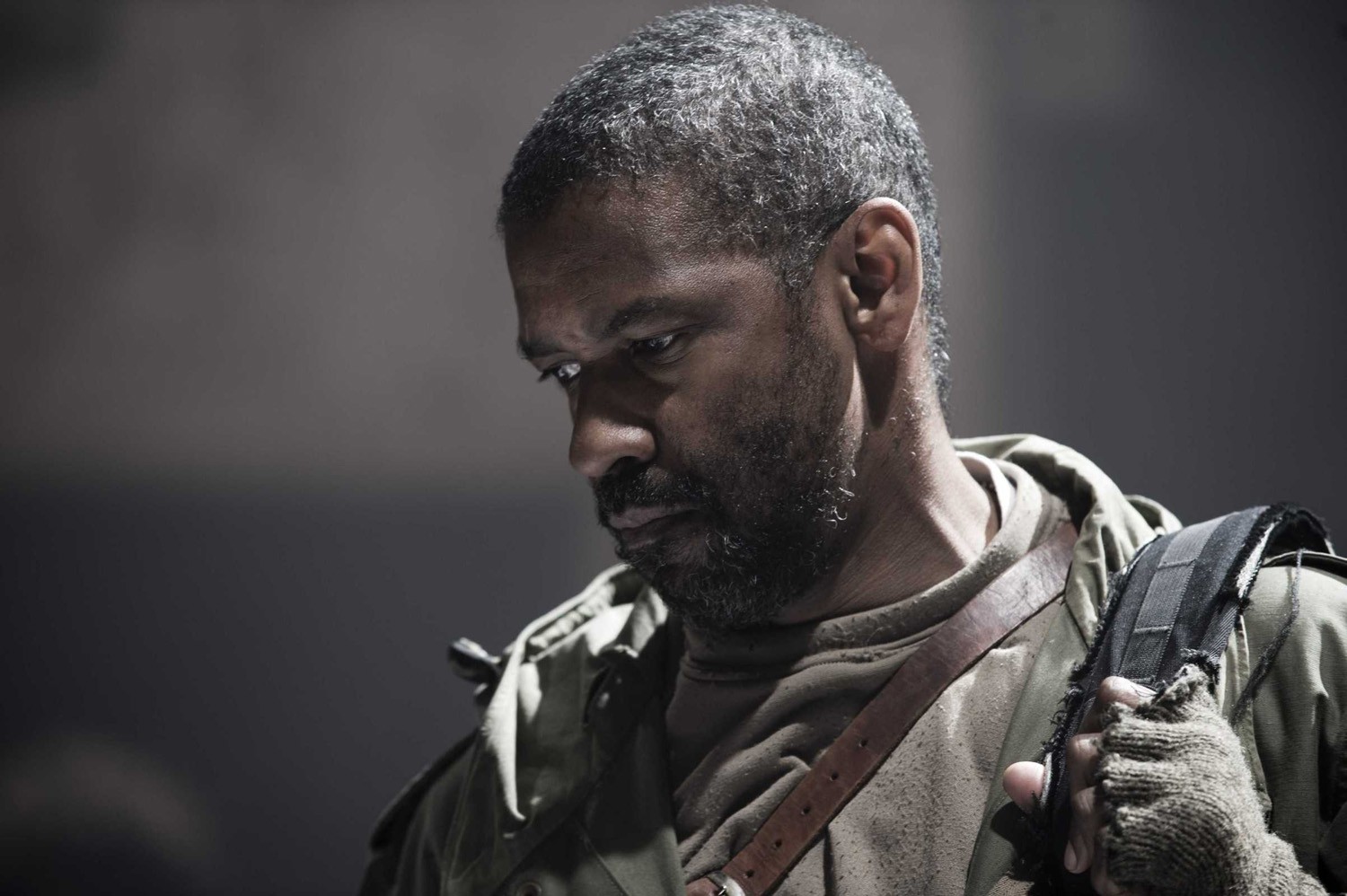 The near future. America is a vast, desolate wasteland. Once-majestic cities are now crumbling deathtraps, and the roads have become nightmarish, brigand-infested highways. Armed with only a shotgun, a samurai sword and his wits, ELI (Denzel Washington) has been traveling this world for years, defending himself from the violent gangs and scavengers competing for limited resources.  Arriving in a ramshackle outpost somewhere in what used to be California, Eli finds trouble with an egotistical tyrant, CARNEGIE (Gary Oldman), who rules over his town and his people with an iron fist. Eli befriends the beautiful SOLARA (Mila Kunis), Carnegie’s stepdaughter, and learns of Carnegie’s plans to take control of the region using fear and brutality. Eli manages to escape the town and Carnegie’s clutches, but Solara follows him. Though he initially sends her away, Eli has a change of heart and goes back for Solara, narrowly rescuing her from a gang of hijackers on the unforgiving road.  However, Carnegie is still hot on their trail, and Eli must fight his way across the dangerous wastelands, traveling to the shattered ruins of San Francisco and to a climactic, earthshaking showdown with Carnegie and his men. It is here that Eli finally realizes his destiny: to deliver the knowledge that can offer mankind hope, bring civilization back from the brink of destruction and save the future of humanity.