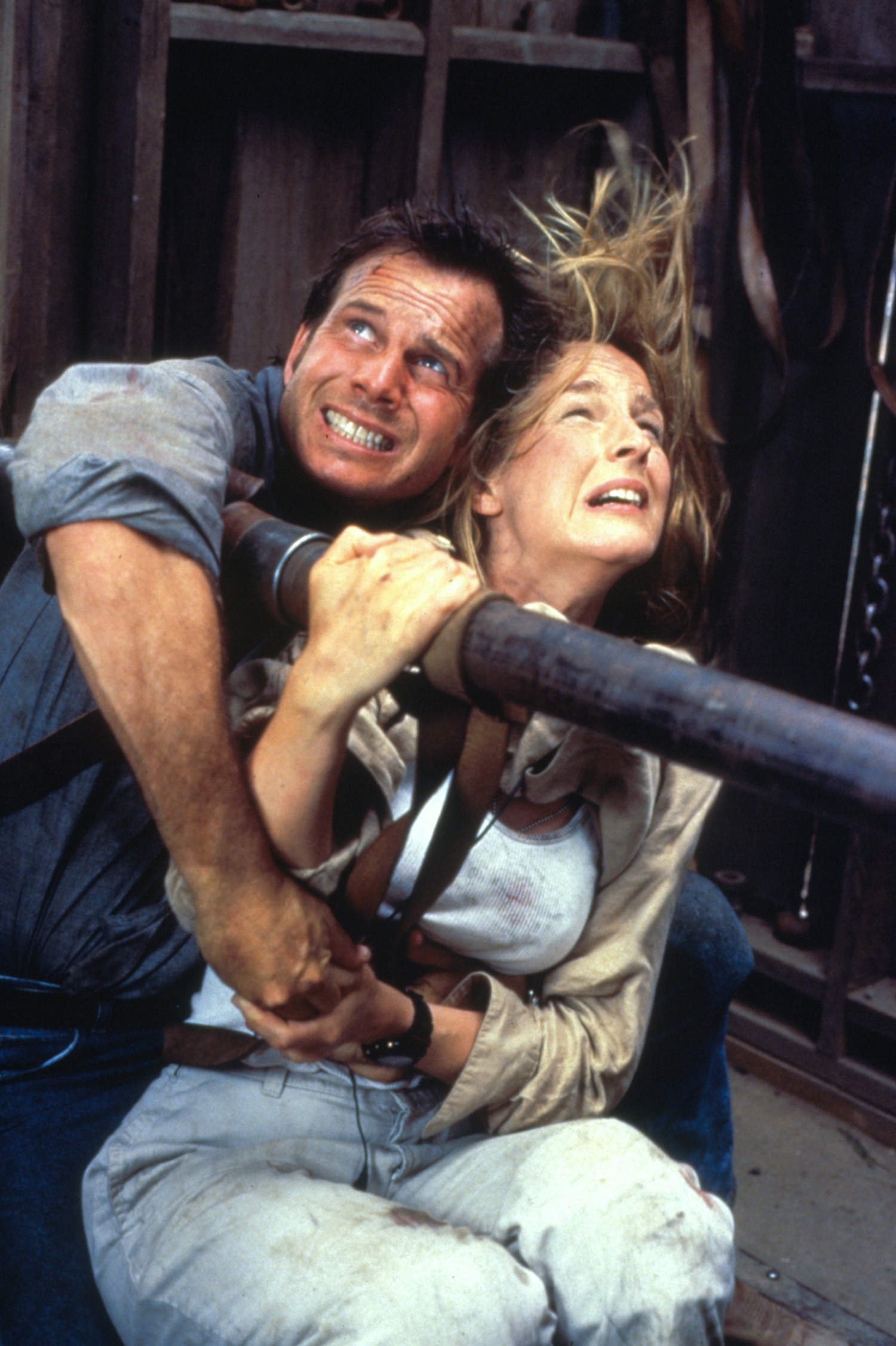 The largest storm to hit Oklahoma in more than half a century is brewing, and it promises to drop multiple twisters into Tornado Alley. It”s the storm that two rival groups of scientists–Jo Harding and her band of brash university students, and corporate-sponsored Dr. Jonas Miller and his sleek, crack cadre with their state-of-the-art research vans–have been waiting for to earn their place in meteorological history. Each team wants to be the first to launch their own equipment pack inside a twister to transmit valuable scientific data about tornado behavior. But to do so, they must put themselves directly in the path of the marauding monster–and stay always just ahead of the swirling twister, anticipating its every move. Adding to the charged atmosphere, Jo”s soon-to-be-ex-husband, meteorologist Bill Harding, reluctantly joins Jo and his old crew for this last, epic chase.