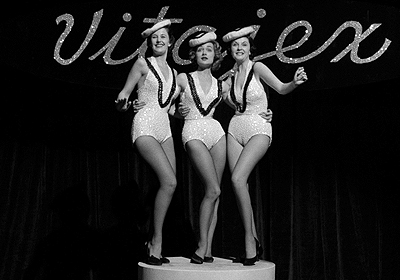 "is none the less a very smart and disturbing satire"

There is something quite pertinent about Elia Kazan’s 1957 satire A Face In The Crowd getting a re-release in these times for the observational drama, which examines the role of mass media and television and the role they play in politics, could hardly be more relevant in the current climate.

Opening in an Arkansas drunk-take, the plot follows the exploits of Larry ‘Lonesome’ Rhodes who is plucked from obscurity by radio producer Marcia Jeffries (Patricia Neal). Rhodes is a decent singer-songwriter and his ditty ‘Free Man in the Morning’ helps to launch him into the public consciousness. In many respects, this is that standard rags to riches plot that has adorned many genre throughout cinematic history, yet this film has a hard edge with a social and political undertone.

Rhodes becomes extremely popular, eventually turning into a political powerhouse with the advent of television (somewhat replacing the radio which helped make him) aiding his cause. Yet he remains a drunk and becomes something of a monster, with questionable attitudes towards women and skeletons in his closet that fail to be his un-doing. It’s eerily similar to the real-life reality and social media show that American politics has become.
The restoration of the film’s print and the monaural soundtrack are well done, helping to emphasise the themes that have far from dated since the initial release.

While it’s length is a drawback, not aided by certain scenes feeling unnecessarily extended, this is none the less a very smart and disturbing satire with the final twenty minutes – a nigh on literal descent from power – remaining haunting, shocking and engaging.

The final screams over the closing shot are far less terrifying than the films astute observations, which now feel more relevant than ever.