A Simple Favour(2018) by Camila Sayers 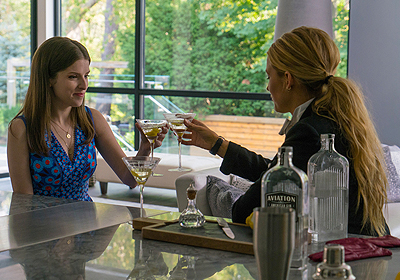 "definitely rises to the occasion and exceeds expectations"

Paul Feig's film A Simple Favour definitely rises to the occasion and exceeds expectations. From the trailer the impression is one of a mysterious thriller and I thought I was in for a film in the same tone as hit thrillers such as 'Gone Girl' and 'The Girl On The Train'. This film does have elements of a thriller but its style and patchwork of genres stands completely on its own.

The story has Stephanie (Anna Kendrick) at the forefront, a seemingly mumsy character whose life revolves around taking care of her son and doing her vlogging for mums in the area, she befriends Emily (Blake Lively) after their son's play date. After Emily disappears mysteriously, Stephanie becomes engrossed in uncovering the truth about it. Simple so far, yes? Well from here, buckle up because the plot twists in this journey may give you whiplash. I, however, was a willing passenger.

The film contains a lot of dark scenes and bizarre moments, especially the ending scene showdown which sees the thought of murder being thrown around as a game. On the other side of this, it was quite a hilarious film and the viewer does leave sensing they had a lot of fun watching it. Needless to say, a film I wholly recommend watching which will keep you invested throughout whether through its mystery or humour or indeed, both.