Booksmart(2019) by Cookie N Screen (We Make Movies on Weekends) 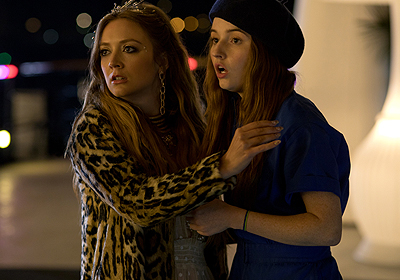 Occasionally there is a film that not only meets the hype surrounding it but surpasses it gleefully. Booksmart is one of those movies that has been receiving positive criticism all-around and it deserves every single iota of praise it is getting.

Directed by Olivia Wilde, the film revolves around Amy and Molly, two over-achieving best friends who have been ousted to the outskirts of their school society because they are deemed pretentious. Not really bothered as they chose to focus on their academia than their social life. However, when they find out the students they considered burn-outs have also gotten into prestigious schools, they are aghast, realising that whilst they focused on school, they could have also been focussing on partying. So in a last ditch attempt before graduation, the pair decide to have one night of debauchery…

Booksmart is one of the funniest movies you’ll see all year. In fact, it’ll probably go down as one of the most hilarious teen movies of all-time. Happily rubbing shoulders with movies such as Superbad, Dazed and Confused, and American Graffiti –the “one night is all it takes” comedic outing is an energetic piece that is a riotous ride.

Written by Emily Halpern, Sarah Haskins, Susanna Fogel, and Katie Silberman, the movie is a snappy and funny film that’ll have you laughing until you cry. With comedy ranging from the raunchy to the weird, Booksmart hits joke after joke.

Which makes all the emotional moments hit harder. The script is succinct in delivering some teenage antics but also at bringing a soul to it. Amy and Molly fight, they feel sad, and their earnest need to finally let lose is unforgettable – especially for anyone who has felt ostracised by their peers. There are key messages of not losing your childhood and your fun in the pursuit of academia, learning to find balance in all areas. Not only that, but there is a stark message of discovering the person underneath the teenage stereotypes – from both the nerdy side and the burnout side.

Olivia Wilde’s confident directorial debut is rambunctious. Wilde commands the screen and in moments of heightened emotions, she fluidly manoeuvres the camera and scene so the beats truly sink in. Wilde may take the film to some superbly surreal places (a stop-motion scene is perhaps the only disjointed, but she knows how to bring it back down to earth).

Booksmart works best because our leading ladies are so incredible in their performances. Kaitlyn Dever as Amy and Beanie Feldstein as Molly flesh out these young women immensely. As actresses who have already proven their substantial talent in films such as Beautiful Boy and Lady Bird, giving them a whole film to showcase just how phenomenal they are is fantastic. And with a movie this genius? Downright amazing. Alone, they are amazing characters – intelligent, determined, strong-willed, and adoring of one another. Put them together and you’ve got one of cinemas greatest relationships on the big screen.

The ensemble cast behind them are terrific too, from young actors such as Noah Galvin and Skyler Gisondo to more established folk such as Jason Sudeikis and Lisa Kudrow. But MVP of the whole movie goes to Billie Lourd who is the resident mysterious weirdo, popping up to give the girls advice.

Booksmart is a must-see. It’s a movie for the smart girls who are also the fun girls. It’s a film about accepting every part of you and being true to yourself. It’s also exceptionally funny.