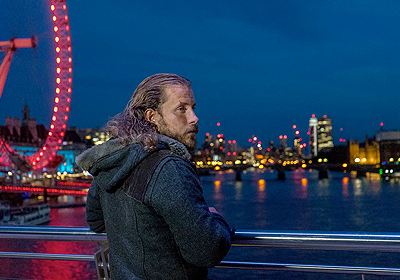 "a film that may centre on the plight of one character, but has the ability to connect us all"

Homeless Ashes is the directing debut of actor Marc Zammit that tells the harrowing yet heartwarming tale of Frankie (portrayed by Zammit), a boy who runs away from an abusive home after saving his mother from his violent father.

Plagued with the fear of the possible repercussions, he finds himself homeless and embarks on a lifelong journey of struggle and survival. Along the way he encounters a myriad of characters who like him have found themselves on the street, but for different reasons; such as the gang of junkies he must appease, immigrants and even a former soldier.

Despite the challenges he faces, he forms solid friendships with those who become his allies. In a poignant twist to the story, he reacquaints himself with his childhood friend Nicole (Jamey May) who has gone down a path of addiction, which causes her to confide in Frankie, despite not being homeless herself. Over time, Nicole and his friend Chico encourage him to be brave and return home after many years, but nothing is as easy as it seems.

The film features heart rendering performances and direction from Zammit, as he tears down the prejudice barriers between the general public and the realities of being homeless by humanising his characters in a way that makes you view them as though they could be your friends.

This only serves to highlight that homelessness could happen to anyone and to encourage the audience to treat the homeless with more dignity. In fact, the film also casts a light on other social issues such as domestic abuse and drug addiction, both of which similarly do not discriminate between class, race or gender. Perhaps in a world that is currently experiencing an unprecedented situation, the release of Homeless Ashes is more timely than ever before and opens our eyes to the realities that many individuals face on a day to day basis, which have been exacerbated during this pandemic.

Nevertheless, regardless of socio-political issues, at the centre of this film there is love and friendship. Whilst a good deal of the film is not for the faint hearted, Zammit has cleverly been able to reimagine an age old mantra that love can conquer anything. This has been heightened by the emotionally stirring performances delivered by the likes of Jamey May (Nicole), Lew Temple (Chico) and Hector Bateman-Harden (Frankie as a child), who at a young age has been able to deliver a performance with a level of empathy for grown up issues that one would normally reserve for acting veterans.

Homeless Ashes follows in the footsteps of the likes of Forrest Gump, Rainman and Shawshank Redemption; a film that may centre on the plight of one character, but has the ability to connect us all.