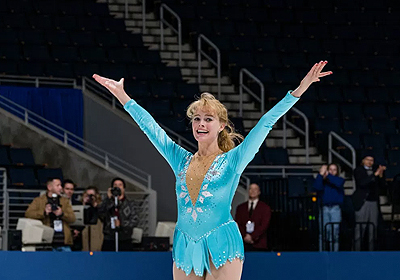 Marmite, you either love or hate it. Much the same goes for breaking the forth wall when it comes to film – you either like it or you don’t. Yet, even if it’s the latter, Director Craig Gillespie utilises this tool staggeringly in ice-skating fuelled drama I, Tonya. With Margot Robbie & BAFTA award winning Alison Janney talking straight down the lense; there is a lot of fun to be had here in amongst the brutal truth of American skater Tonya Harding’s life.

With the Winter Olympics looming over us, such a narrative as this is rather fitting. Although after seeing this one, I am not sure it will encourage people to pop on a sparkly number and get on the ice. Following this skater from a mere adorable tot forced to skate by her insanely inappropriate mother LaVona (Janney) all the way to a feisty mature middle aged woman; this feature throws us in the deep end and like Tonya, we have to sink before we reach the top.

Disgraced by her upbringing, branded by the class and life she was born into and of course, her mother’s reputation no one is cutting this talented lady any slack. This woman fought for everything she ever got, granted her attitude wasn’t what the judges wanted but her strength and resilience is something to be admired. From practising every moment, strict eating habits and even sewing her own costumes, Tonya wanted this more than ever and boy, did she get it.

On one hand we have an incredibly strong woman, knowing exactly what she wants and on the other one who has completely lost her way. Allowing herself to be beaten and emotionally abused by lingering ex-husband Jeff (Sebastian Stan) doesn’t exactly help her to the top of the podium, and somewhat dilutes her spirit when out right delusional (yet, highly comical) friend Shawn (Paul Walter Hauser) decides to intervene with Tonya’s competition.

To place a hit on Tonya’s most challenging rival is certainly one hell of a wacky idea that certainly doesn’t go in any of their favours. Such an act resulting in a scandal that flooded the headlines and discredited them all, basically left Tonya with something. Even the fact that Tonya was the first woman to successfully perform the Triple Axel, such a feat was merely dismissed when she was tarred with the same brush as the people who did this without her knowing.

Rarely do you get a film where each and every cast member stands out, but thankfully one has landed on our plate. It’s difficult to pin point who gave the best performance here; from the star herself, to Allison Janney possibly giving her best performance to date as the mother from hell all the way to chubby friend Shawn (Paul Walter Hauser) who offers countless laughs, balancing this deeply dysfunctional tale perfectly. In fact, if the comedy was removed completely, this would have been a very harrowing watch with little room for warmth.

Above all else I, Tonya is an engaging, energetic and eccentric piece of art.