Judy And Punch(2019) by Federica Roberti 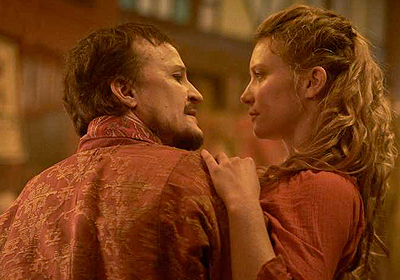 "successfully shines a light on why there is still the need to talk about racism, violence and abuse"

If you have the chance to see Judy and Punch, don’t expect to come out of the screen with all the answers and without being mildly disturbed. Set in the 16th Century in Seaside, a small town of bigots and small minded people, Judy and her husband, puppet master Punch, are trying to take their show on the road again and become famous.
However, Punch is a raging alcoholic who wants fame without working for it.

A tragic accident forces Judy to seek revenge for herself against her drunken husband, in a town riddle with violent people, who find entertainment in watching innocents being stoned or hanged, Judy finds the support from the cast out women living in the forest and, along with them, she discovers how strong she really is.

Directed by Mirrah Foulkes, Judy and Punch is a very contemporary tale that is rewriting the traditional British puppet show Mr. Punch and Judy, if Judy was able to fight back against her husband’s violence.

In the film, abuse, racism, domestic violence and ostracism are analysed through a society that deems normal as casting out those who are different for fear of change, the story focuses on women being victims of abuse in their homes, but finally fighting together to be heard, breaking free and finding a place to belong and let their talents out.

In the film men don’t come out as winners; Punch (Damon Herriman) is violent and doesn’t know how to restrain his impulses. He believes he is the best puppeteer in town and thinks his wife (Mia Wasikowska) is just a commodity, another puppet to command.

Same goes for Mr. Frankly and his executioners, all men who relish violence and consider convicting people under false testimony and see them stoned or hanged like another form of entertainment, these characters are an exaggerated portrayal of centuries of patriarchal society falling behind the habit of condoning toxic masculinity and violence.

Using a 16th Century settings is just a device to allow the film to be as violent as it possibly can be. This is because Judy and Punch is a film made to make the audience feel uncomfortable and open their eyes. It is a story that wants to provoke and spark a conversations about modern topics which people prefer to turn a blind eye to and Faulkes successfully turns a folk story into a cautionary tale.

In painting an horrible picture that seems almost impossible to be real, Judy and Punch successfully shines a light on why there is still the need to talk about racism, violence and abuse. However, it also makes it a film difficult to process and understand at a first glance.