Max Winslow And The House Of Secrets(2020) | The Fan Carpet 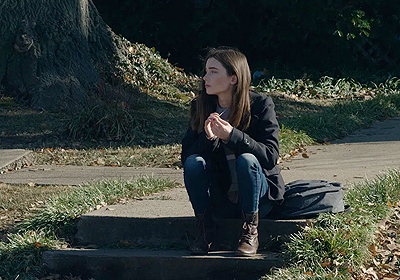 "evenly paced, giving each of the characters a real arc and journey of self discovery"

The games start off simple and non threatening, but as the night rolls on, the game takes a turn for the worse when the AI; HAVEN (Marina Sirtis) that controls the house traps the teens in nightmare scenarios to test their resolve which they need to overcome to survive the night.

With a stand out performance from Sydne Mikelle, she shines as Max, bringing a lot of depth and heart to her role, she knows when to be vulnerable and then playful as she navigates the arc of Max, similarly Tanner Buchanan, shows that he's a star, bringing a gravitas and warmth to Connor.

At 98 minutes, Max Winslow and the House of Secrets is evenly paced, giving each of the characters a real arc and journey of self discovery in a house controlled by HAVEN, Marina Sirtis gives a great performance as the rogue AI.

Jason Brandt provides the music for this family adventure thriller, and it’s great, adding to the scenes and not distracting from what is happening.

All in all, Max Winslow and the House of Secrets is a fun and easy watch for the entire family, it has enough thrills to keep you engaged and plenty of intrigue to go with it. I’d happily see more adventures from this World, as the film ends on a positive and uplifting note.

Max Winslow And The House Of Secrets (cert 12A) will be in UK Cinemas from Friday 23rd October, with previews in Scotland and Northern England