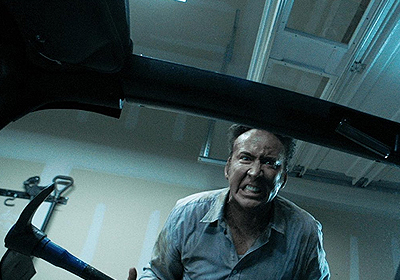 "It’s gory, it’s bloody and it’s wickedly dark in some of its humour"

This film flew under the radar somewhat and has had minimal advertising but it could be the next Donnie Darko in terms of being a sleeper hit with audiences. Whilst being initially labelled a horror comedy it’s somewhat hard to convey what to expect from it.

I’ll admit I wasn’t initially won over by the trailer, however after a brief search and reading up on the premise of the story I decided to give it a shot as it reminded me of a short suspense fiction story I had read a few years back. The film initially seems like it may have a little of a personality crisis going on. The dialogue and soundtrack would not be out of place in any of Tarantino’s work, and you would be forgiven for thinking it was going to be a pretty standard horror which was just another zombie movie.

However what follows once the premise has been set up is somewhat brilliant, it’s part genuinely shocking and part genuinely hilarious and allows Nicolas Cage the freedom to dial himself up to 11 and not come down. They have some superbly done nods to the struggles of parenthood, even if these are sometimes played for comedic effect. It’s gory, it’s bloody and it’s wickedly dark in some of its humour, it doesn’t take itself too seriously either which is a credit that allows you to sit back and just enjoy the fun that it presents. In case you missed the set up, the basic plot of this film is that every parent gets an uncontrollable urge to kill their children, 100% guilt free.

The cast is impressive, with Nicolas Cage & Selma Blair heading up a great supporting cast that includes Anne Winters (Soon to be seen in Season 2 of Netflix’s 13 Reasons Why) & Lance Henriksen (who keen sci-fi fans will recognise as Bishop from the Alien franchise) both of whom play their parts admirably. As mentioned previously the soundtrack along with the action is great, setting the scene for the big developments as well as flash back moments, one part in particular showcases the use of “it must have been love” to gruesome effect, which it takes a truly brilliant mind to have even considered.

Worth noting as well is that there has been very little marketing of the film, this plays to its advantage as it allows a somewhat fresh slate going into it when watching, although it might hurt it in the long run.

It's clear this film was never meant to be a big budget blockbuster, what it does however is play to its strengths, with a simple and easy to follow premise, low budget practical effects and whilst the dialogue isn't exactly what could be described as wordy it does come off as fitting with great comedic timing.

To summarise, if you like your horror with a dash of black comedy and not taking itself too serious then this is likely a film you'll enjoy. Mom and Dad has the potentially to be a sleeper hit or a much loved future cult classic, only time will tell which it becomes. I however would recommend it to any good horror enthusiast, or Nicolas Cage fan. All in all, a solid 4 out of 5, lets me fair, what parent doesn't occasionally want to kill their kids..