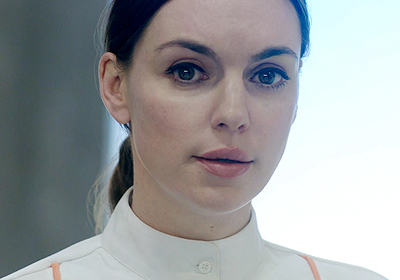 "with the compelling story and easy to root for characters, I’m eager to see how it plays out, how my choices coupled with the releationship engine will affect the outcome of the story"

Having never used Steam before as I certainly don't identify as a gamer, I play casual games on my phone and I had a SEGA console when I was growing up, so my extent of games is platformers, so I didn’t know what was in store for me when I installed and ran The Complex, but being in the mood for a ‘choose your own adventure’ type story, in a similar vein to Bandersnatch I was riveted and compelled from the get go.

Now, I won’t go into plot specifics with my review because I don’t think that would be fair, The Complex is something that should be experienced with little information to fully grasp what you are experiencing, that being said, the premise of The Complex is after a major bio-weapon attack on London, two scientists find themselves in a locked-down laboratory with time, and air, running out.

The cast is excellent, lead by Michelle Mylett as Dr. Amy Tennant and Al Weaver as Rees Wakefield, the pair have history, which unravels over the course of the film, none of which I’ll spoil, their interplay and chemistry is interesting to watch, it’ll keep you gripped.

Mylett and Weaver are incredible to watch, they play off each other well, making it believable that they have known each other for sometime, without going into specifics, you root for these two as you follow their journey.

Kim Adis shines as Clare Lee, the ‘companion’ of the scientists, that’s all I’ll say without giving anything away, Kim is definitely one to watch and Kate Dickie as Nathalie Kensington is just wonderful to watch as always.

The writing and Directing duo of Lynn Renee Maxcy and Paul Raschid respectively is a winning combination, they work well together ad I can’t wait to see what they do next, together or separately.

As I said before, I’m not a gamer, that being said, I’ll play The Complex through multiple times; on my first outing, I unlocked six achievements, and with the compelling story and easy to root for characters, I’m eager to see how it plays out, how my choices coupled with the releationship engine will affect the outcome of the story. There are eight endings and I can’t wait to learn more about The Complex.