The Informer(2019) by Tremayne Miller 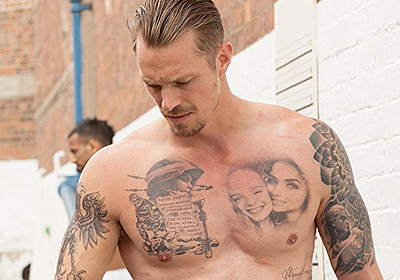 "fulfils the basic requirements to make it passable but it doesn't carry any weighty, substantial evidence"

Adapted by Andrea Di Stefano and British screenwriter Rowan Jaffe, The Informer takes its story from the Swedish crime novel ‘Three Seconds’, which is about a secret agent, who is notified by double-dealing handlers that his mission remains incomplete, the story was written by Anders Roslind and Borge Hellstrom but the film adaptation has upped stakes and moved itself to a modern-day New York.

Joel Kinnaman (known internationally for his television roles as Detective Stephen Holder in AMC’s The Killing, and Governor Will Conway in the U.S. version of House of Cards. He also has the credit for playing th title role in the 2014 remake of RoboCop, as well as the film adaptation of Suicide Squad, in 2016) plays Pete Koslow, a former criminal on licence, who has to abide by certain conditions, at the same time he works for a Polish group involved in drugs. All the while he drip-feeds confidential information to an FBI Agent who goes by the name of Wilcox (Rosamund Pike).

'The big drug deal' meant to be his opportune moment to exit goes tits up, when a cop is slain by one of the hawkish gangsters, this results in the chief ruling that he, by way of punishment, has broken the terms of his release, and return to Gaol where he can oversee the distribution of drugs.

Pete Koslow, the hero, must now devise a plan in order to breakout, to save not only himself but also his family. An earnest, and emotionally damaged family man at heart, he would do anything to keep his wife (Ana de Armas) and daughter safe. It turns out that he was only convicted in the first place after contending the behaviour of a bar patron towards his wife.

With undertones of Prison Break, the origins of which started with the concept of a man who was willfully sent to Gaol, in order that he would be in a position to help someone else break out. Prison flicks go as far back as the early days of Hollywood, where the genre includes memorable stories such as The Big House, Cool Hand Luke, Papillon, Escape from Alcatraz, and Bad Boys, but they aren’t usually moneymakers, an exception to the rule is ‘Shawshank Redemption.’

Despite them being all the rage, Tattoos are still used in the film to emphasise the different characters; costume designers and film directors alike see how they can carry a more intimidating edge or aura to a character. Character development in this film is fairly weak, and I feel it is most evident whenever Pike and Clive Owen (her amoral boss) are on screen. They do their best with the material they have before them but one cannot help but feel they aren't used to the full extent they could be, to see their full range.

All they get to relay really is “street talk,” with the interspersed ‘f’ word, here and there, along with occasional adjectives or phrases to establish that the action takes place on the dark streets of New York. Characters converse in their own private language, even when it's not necessary to do so, but isn’t that what often happens with an action thriller?!

The violence in The Informer is not hard-hearted the entire way through but there’s enough of it to class this film as gritty, The Informer fulfils the basic requirements to make it passable but it doesn't carry any weighty, substantial evidence.