The Killing of a Sacred Deer(2017) by Federica Roberti 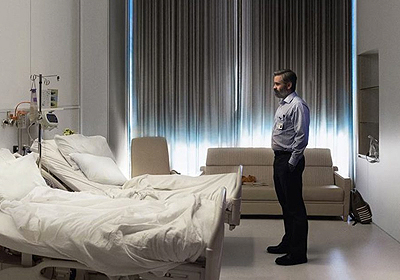 "Being a film about revenge and making someone pay for their mistakes, The Killing of a Sacred Deer goes too far in finding the resolution of the film"

A modern take of the Biblical law “an eye for an eye”, The Killing of a Sacred Deer experiments with human conscience through the gripping story of a man who has to make the toughest choice of his life. Dr. Steven Murphy has the perfect life; a successful career as a cardiologist, a loving family and the perfect wife.

After an unsuccessful procedure, Steven takes under his wing the young son of one his patient, to give him an outlet after loosing his father. Martin becomes too attached to him and their relationship starts to become obsessive to a point in which Steven has to keep his distance from him. However, his serene life starts to take a turn for the worst, when Dr. Murphy's son falls ill without any apparent cause. The maniacal quest to find a cure, brings Steven to the verge of having to make the most altering choice of his life.

The Killing of a Sacred Deer is a film that toys with the idea of men who want to play God; it shows how fallible mankind his and how arrogance only leads to mistakes and it does so by over-exaggerating the dynamics between all the characters.

The plot follows the rules set for thrillers. There is suspense and there is the tragic and the climatic end that restores the status quo. Unfortunately, however, it can be quite difficult to connect with this film due to the dialogue that seem quite sterile and too staged, along with a plot that is too unrealistic. The atmosphere that is created is surreal and the audience feels uneasy while watching the events unfold.

The characters are outlined perfectly. Colin Farrell plays the part of the infallible doctor to a T. Steven is a man who doesn’t believe in making mistakes and when he does and succumbs to his humanity, he tries to overcompensate, just like he does by building a relationship with Martin, after letting his dad die on his operating table. Farrell showcases Dr. Murphy's arrogance as well as his desperation and insecurities brilliantly until the very end, highlighting his character’s determination to save his family.

Nicole Kidman’s character seems like a strong woman, however, she is also a prisoner of her husband’s choices and she complies with all his decisions. The audience knows that she has a career, but it seems like she doesn’t exist outside of her house. In the end, in a delicate power-play move, she is the one who pushes her husband to see that there is only one choice to make to save everyone. Kidman embodies the strength and elegance of Anna Murphy without flaws and what keeps her lucid throughout the tragedy is her unconditional love for her children, even when she is almost crumbling.

A Great revelation is Barry Keoghan, he embraced Martin’s weird behaviour completely. At first his character seems really invested with his relationship with the doctor, however, throughout the film, he becomes more erratic and unhappy with the way he is dismissed by Steven. Keoghan goes all in with his performance, creating around him an uncanny vibe. Martin is the architect of what happens to Steven's family and he is not satisfied until the doctor has to face the most difficult choice of his life.

Keoghan’s performance is outstanding and from the beginning the audience has the feeling that there is something deeply wrong with him. He is completely immersed in his character and his focus on staying through to his performance is admirable.

Being a film about revenge and making someone pay for their mistakes, The Killing of a Sacred Deer goes too far in finding the resolution of the film. The end feels anticlimactic and even though the cast ensemble and the directing are exemplary, the plot seems too sterile and surreal, and the ending too bitter and not satisfying.