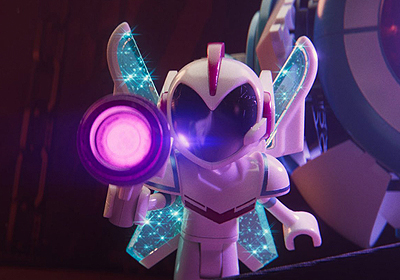 Mike Mitchell’s The LEGO® Movie 2: The Second Part is the long awaited sequel to 2014’s surprise hit The LEGO® Movie, and picks up in the aftermath of Taco Tuesday which sees Bricksburg, five years later now named Apocalypseburg, a desolate wasteland that the invading Duplo® forces continually destroy faster than the residents can rebuild.

Right from the off, The LEGO® Movie 2: The Second Part doesn’t miss a beat with its comedy, story and references, Apocalypseburg is clearly inspired by Mad Max and Planet of the Apes and has the stellar returning voice cast of Chris Pratt, Elizabeth Banks, Will Arnett and Alison Brie leading the charge.

During the rescue mission, secrets are revealed (that I won't spoil) in a story that has a clear message of family, belonging and acceptance. The genius of The LEGO® Movie 2: The Second Part is that it is not just a masterful feat of animation with the stop frame look and feel, right down to the scuff marks and wear making the actual LEGO® pieces look tangible and used, but it also continues the heart by blending the live action world from its predecessor The LEGO® Movie, which this time highlights fan favourite comedic Actress Maya Rudolph, who is wonderful in her role.

Warner Bros. Animation certainly have the technique of bringing LEGO® to life and making you care about the plight of these characters down to a fine art, and it is art, just looking at the tremendous accomplishments of its 100 minute runtime is incredible, and its rewatchability is second to none!

The addition of Beatriz and Haddish as well as Richard Ayoade and Noel Fielding as well as cameos from Jason Momoa’s Aquaman, Margot Robbie’s Harley Quinn and a hilarious Bruce Willis (not a spoiler as it is in the Trailer) is a genius and timely move, strengthening the already fantastic voice cast.

The LEGO® Movie 2: The Second Part is a beautiful film that continues the promise of The LEGO® Movie, and Mike Mitchell and his Creative Team deserve kudos for created a film that gives a strong standing to the franchise, so whatever comes next, I'm game!