The Witches(2020) by Jonathan Hughes (The Killer Spotlight) 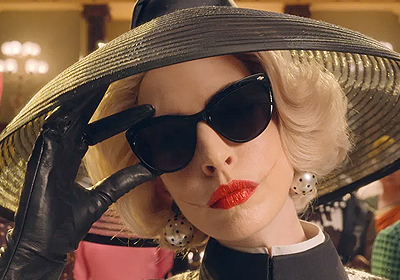 I'm gonna do my very best to review this movie on its own merits, but I will also compare this to the original so with that said... the new witches movie is.... better than I thought it was gonna be... but only Just.

In late 1960's Alabama an orphaned boy (Jazhir Bruno) is raised by his grandmother (Octavia Spencer). When they both get away at a luxury hotel, they encounter a group of evil witches posing as a group protecting children when their REAL plot is to use a formula to turn children into mice.

The orphaned boy overhears this plot but is caught by the leader of The Witches; the Grand High Witch (Anne Hathaway) and is turned into a mouse. From there the orphaned boy escapes and teams up with his grandmother and a few friends to stop The Witches from carrying out their fiendish plot.

I had a lot of fun watching this movie. Anne Hathaway played a worthy successor to Anjelica huston as the new Grand High Witch. Octavia Spencer was on point from start to finish (as Octavia Spencer only knows how) and Chris Rock was on point with his narrating throughout the movie. Jazhir Bruno was great too.

This was a very interesting take on Roald Dahl's beloved, classic tale with the setting in 1960's Alabama to how the witches behave and the way they look.

Producer Guillermo Del Toro did make an effort in making them look scary. The score from Alan Silvestri is great (especially the credits music. Stick around for that) I personally enjoyed some of the tracks from the soundtrack too.

In Comparison to the 1990 movie. The 1990 movie is considered to be an all-time classic family film so the new Witches is obviously not gonna be as good as the original, however it shouldn't put you off watching the new Witches movie as it stands out on its own with a stellar cast, great music, score which does at times sadly rely too heavily on CGI rather than the practical wonders that Jim Henson brought to life in the 1990's original.