Born in London, England. She first starting singing with the Bridge Church Youth Band and regularly performed in school musicals. Scott was eventually discovered by British pop star Kelle Bryan from the band Eternal who signed Naomi as a client. She then went to work with Xenomania. In 2009, Scott appeared in the Disney Channel UK series “Life Bites” as the character Megan. She is best known for her role as Mo Bangaree in the 2011 Disney Channel Original Movie “Lemonade Mouth”. Naomi Scott co-starred with Jason O’Mara and Shelley Conn in the series “Terra Nova”. 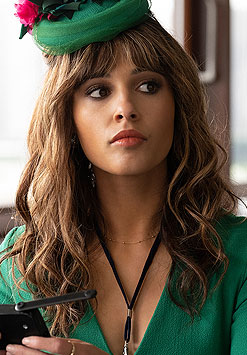