Renee Zellweger won the Academy Award as best supporting actress for her role as plucky Ruby Thewes in the 2003 Civil War drama Cold Mountain. Zellweger is an athletic Texas native whose early roles were in youth-oriented movies like Dazed and Confused (1993) and Reality Bites (1994). Her career took a great leap forward when she co-starred with Tom Cruise in Jerry Maguire, one of the top-grossing films of 1996. In the year 2000 she was romantically linked with Jim Carrey, her co-star in the film Me, Myself and Irene, but the two ended their much-discussed romance that December. In 2001 Zellweger had the title role in Bridget Jones’ Diary, the film of the popular Helen Fielding novel, and she received rave reviews and an Oscar nomination for her performance as Roxie Hart in the musical Chicago (2002, with Richard Gere). Her other films include Nurse Betty (2000, with Greg Kinnear), Down With Love (2003, co-starring Ewan McGregor), and Cinderella Man (2005, with Russell Crowe).

The role of Roxie Hart was originated on Broadway by Gwen Verdon… Zellweger married country music star Kenny Chesney in May of 2005, but four months later announced that the marriage would be annulled… According to a 2005 story in The Times of London, “Her father Emil is a Swiss engineer who worked for the Houston Light and Power company, her mother is a Norwegian nurse called Kjellfrid.” 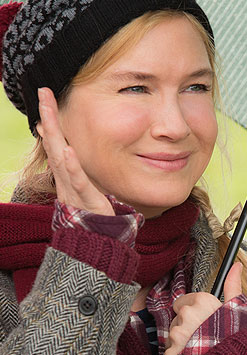