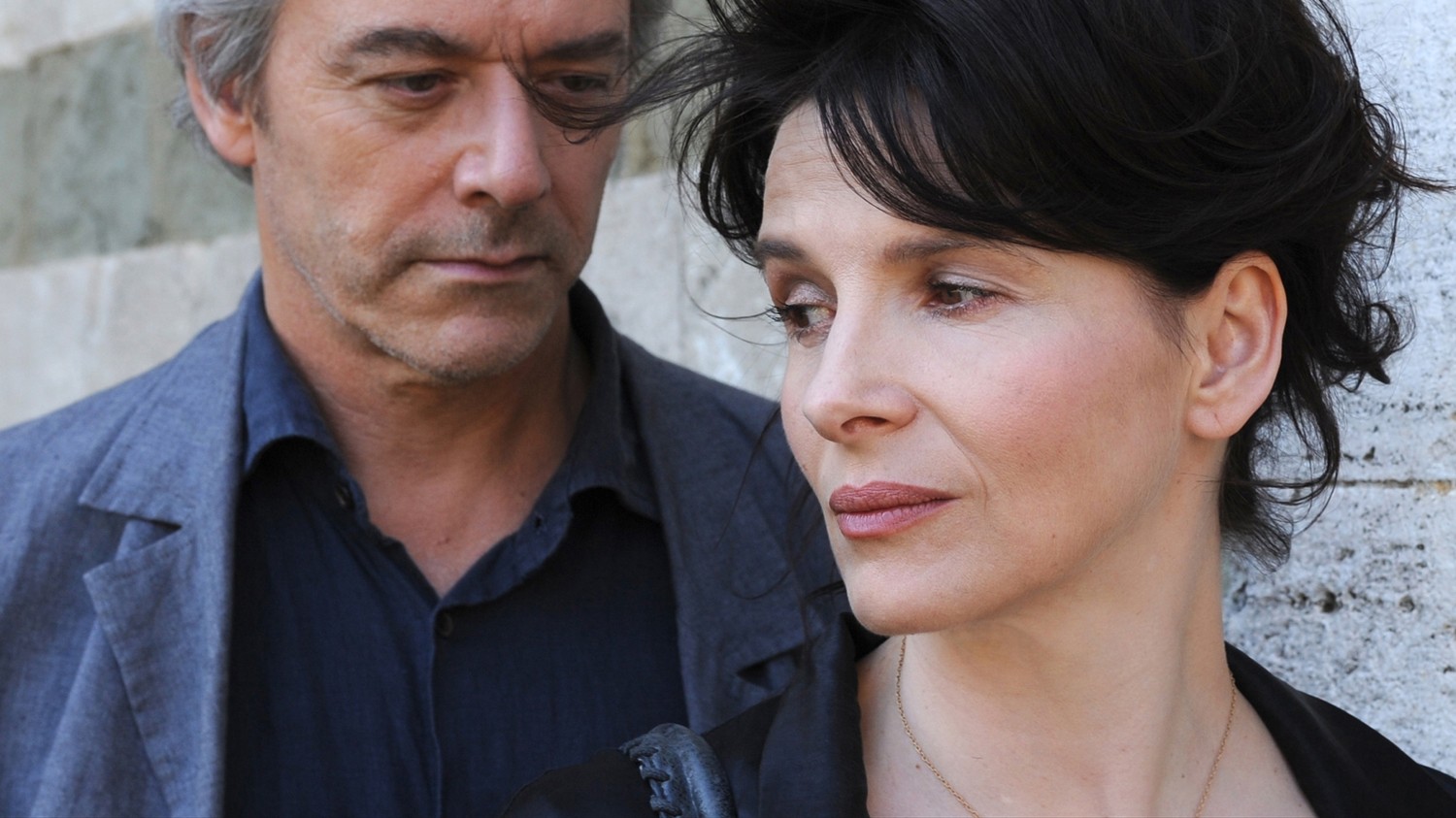 Set over the course of one day in the Tuscan countryside, CERTIFIED COPY is a playful and provocative two-hander following the intriguing relationship between a man and woman who appear to have just met …

James Miller (William Shimell) is an English writer, in Tuscany to promote his new book. An unidentified gallery owner (Juliette Binoche, who won the Best Actress award at the Cannes Film Festival for her performance) attends Miller’s lecture on the subject of art and the value of original works versus copies, following which the pair meet up and decide to embark upon a sightseeing journey through the picturesque Tuscan countryside. There, they are mistaken for a married couple. On the insistence of the woman they keep up the pretence, but as time goes on we realise that there may be more to their seemingly new relationship than meets the eye.

The conversations and arguments between the couple and the characters they encounter throughout the day, offer smart and light-hearted reflections on marriage and sexual politics, whilst director Abbas Kiarostami constantly challenges his viewers to work out what is copy and original, play-acting and reality.

Oscar®-winner Juliette Binoche (Hidden, The English Patient, Chocolat) stars as the woman identified only as “She”, alongside internationally acclaimed British opera singer William Shimell (currently appearing in Manon at the Royal Opera House), in his debut film role. CERTIFIED COPY is directed by Palme d’Or-winning auteur Abbas Kiarostami (Taste of Cherry, The Wind Will Carry Us), his first production outside his native Iran.