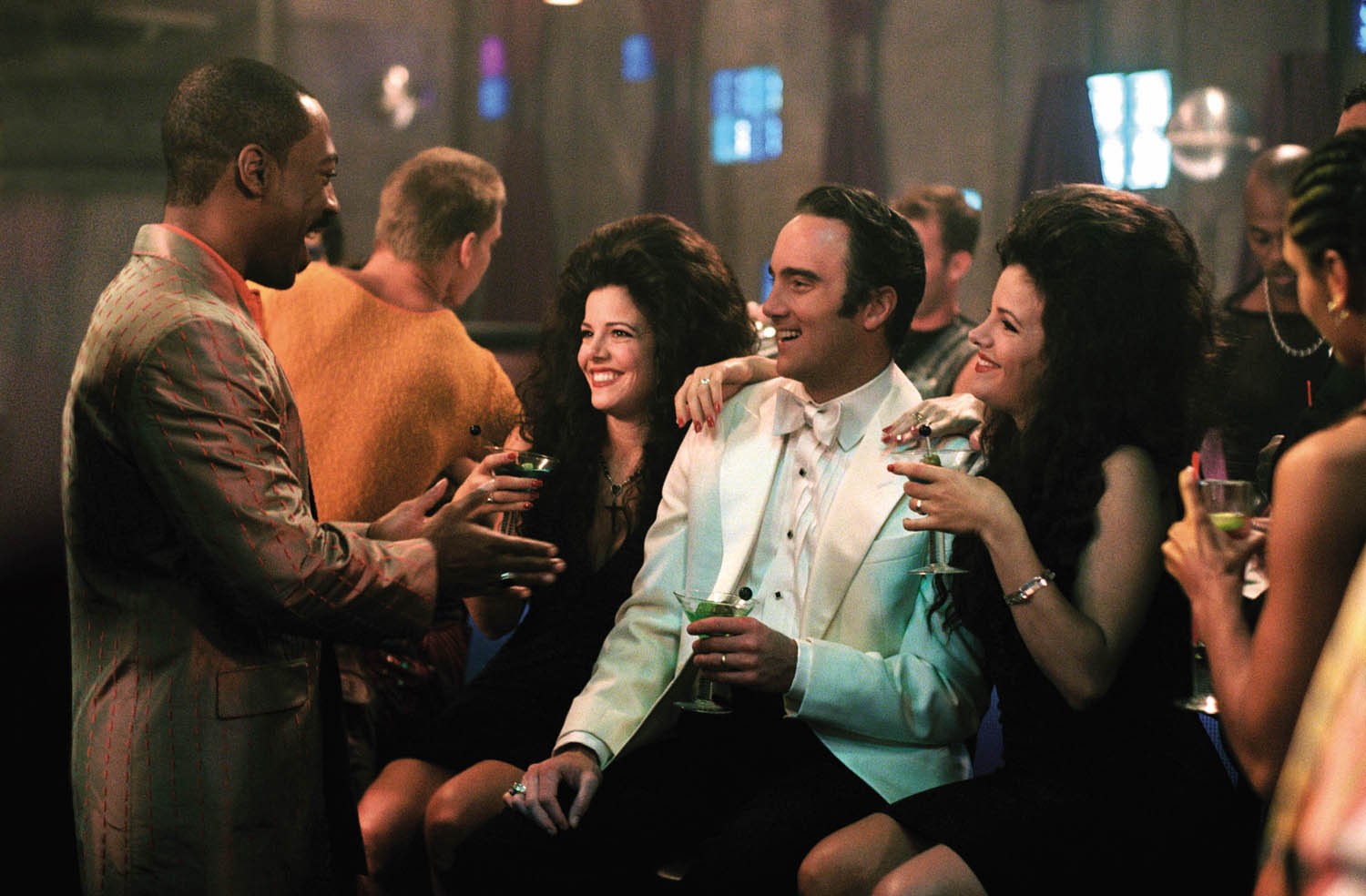 Pluto Nash (Eddie Murphy) is the coolest guy on the moon in the year 2080. He is revered by street criminals for his former career as a smuggler of black market Earth goods, and he is admired by the upper crust for his success in running Club Pluto, the trendiest night spot in the city of Little America. But because Pluto is so popular, he is hated by Rex Crater (identity is a spoiler), a mob mogul who runs a corrupt casino, the Lunar Grand, in the nearby city of Moon Beach. When Rex offers to buy out Club Pluto, Nash refuses, and soon he is on the run from a band of Rex’s henchmen. Nash’s lovely employee, Dina (Rosaria Dawson), and his hilarious robot bodyguard, Bruno (Randy Quaid), are with him all the way as Nash dawns his space suit and sets out across the moon. The threesome are chased through the moonscape and eventually find themselves back at Lunar Grand where they must finally settle their score with Rex Crater. With high-action car races, flashy shoot-outs, big explosions, daring stunts, and plenty of comic relief, PLUTO NASH keeps the adventure rolling. An upbeat musical score by John Powell and elaborate futuristic sets and costumes make this Ron Underwood (CITY SLICKERS, TREMORS) film an entertaining treat.