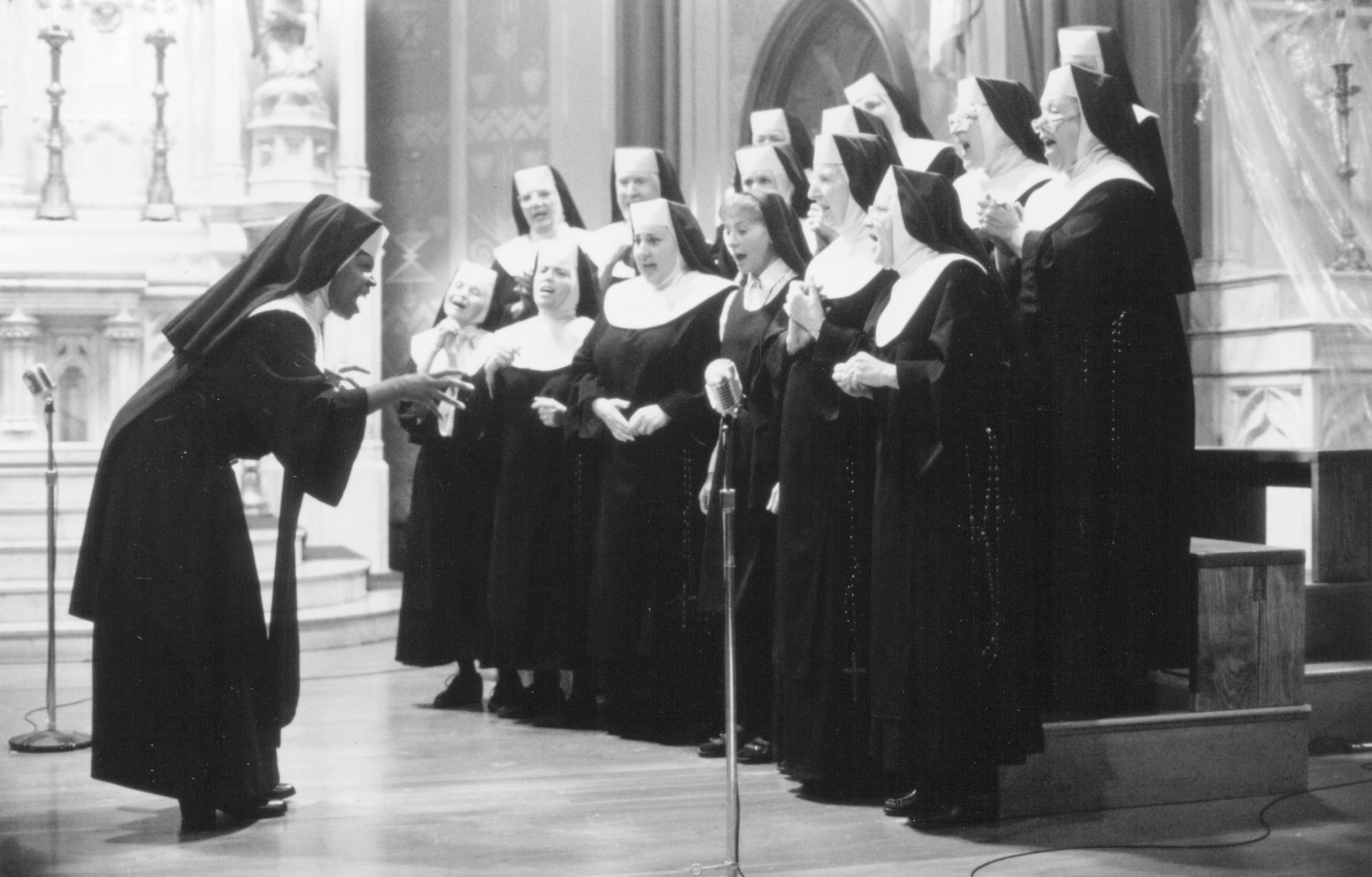 Delores Van Cartier is a singer who wants to make it big. She is having a romance with a guy called Vince but when he won’t leave his wife she breaks up with him.After wards, she witnesses a murder which was ordered by Vince. Delores runs to the police who say she must stay in hiding for a while. However this hiding place isn’t an old run down house, or a caravan no, it’s a convent! Delores’ new identity is Sister Mary Clarence. However Delores, doesn’t just sit around all day in the lifeless, boring convent, no she goes clubbing and makes friends with the nuns. She also turns the dull, lifeless choir into a hip one which makes the church more popular with young people. However how long will it be before knowledge of this choir and Delores reaches Vince?