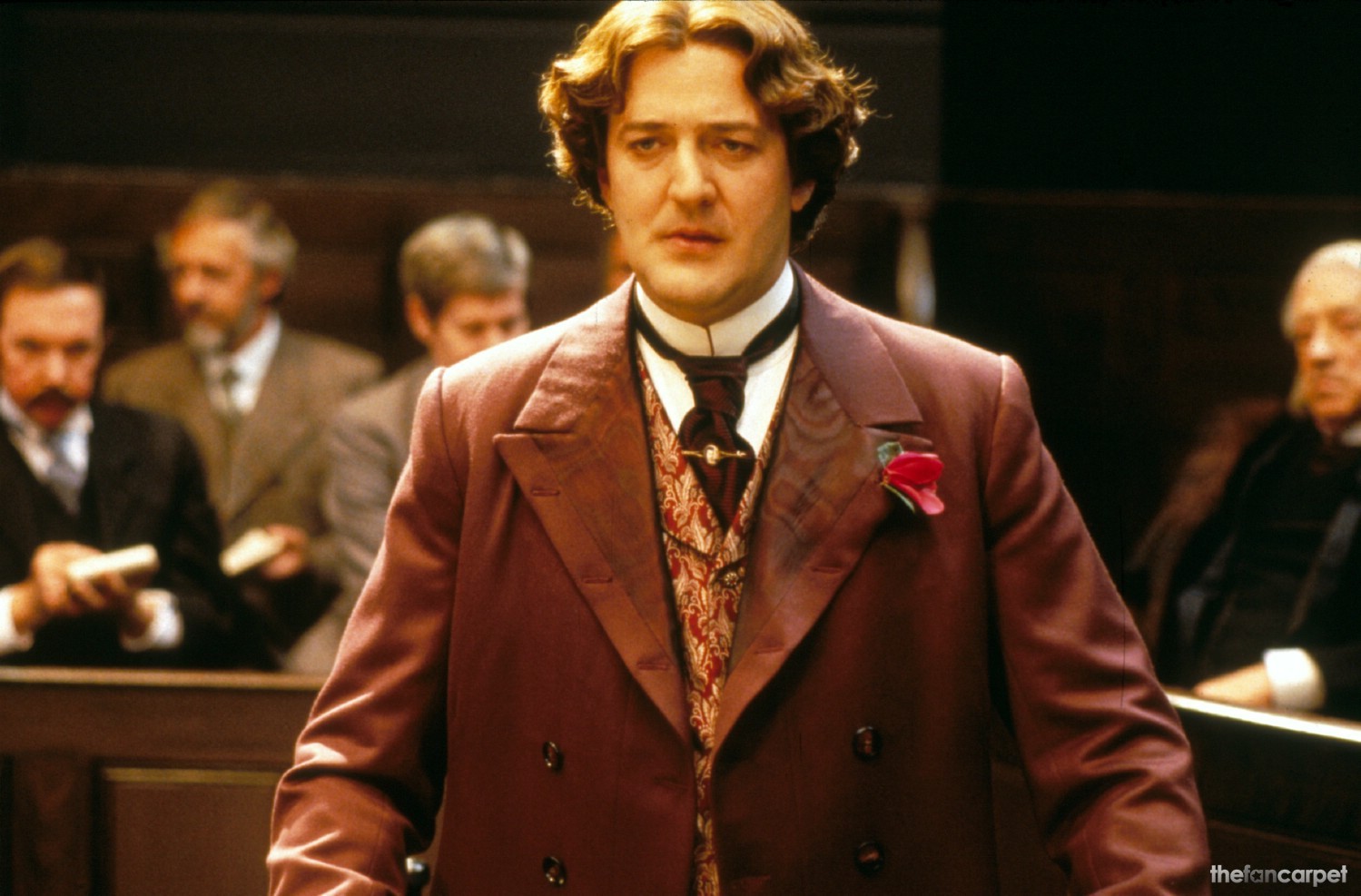 Based on the best-selling biography by Richard Ellman, this unconventional biopic traces the brilliant, witty, and tragic life of Oscar Wilde from his rise to fame as a much-in-demand author and public speaker to his downfall and ultimate imprisonment for homosexuality. Irish-born and homosexual, Wilde (Stephen Fry, in a critically lauded performance) nevertheless takes a loving wife (Jennifer Ehle), with whom he has children. While married, he becomes aware of his true sexual identity after a chance encounter with an aggressive house guest. This leads to a very public affair with vain, rebellious young Lord Alfred Douglas (Jude Law), the son of the Marquess of Queensbury (Tom Wilkinson, IN THE BEDROOM). Despite an astoundingly successful writing career, Wilde’s private life lands him in prison for “gross indecency,” a synonym for homosexual behavior, which was illegal in England at the time.