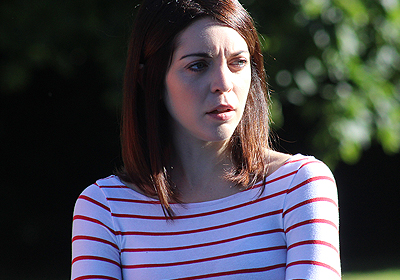 The British gangster film is a sub-genre that can be split into two distinctive camps – on one hand we have some true masterpieces that stand the test of time whereas on the other, there are any one of a number of risible entries that are quickly forgotten yet continue to be produced. King of Crime undeniably falls into the latter category even if its starting point bears close resemblance to The Long Good Friday, the oft-undisputed masterpiece of its kind.

In a more modern take on crime, Mark Wingett is Oxford based crime boss Marcus King. He heads up a family that runs on-line phishing scams and other cyber crimes, aided by his two sons and wife Yvonne (Claire King).

However, when attacks start breaking out at his bases it’s clear that someone is trying to tear his empire apart.
It transpires that those at the centre of it are a group with links to ISIS and Marcus has to decide on whether to fight or fly. As events unfold there are multiple double and triple crosses both broadly and within the family, with some scenes serving little purpose while others do eventually feed back into the overarching narrative, however tenuously.

There is no doubt that at its heart the film is attempting to tell an intricate story that keeps you guessing but it all becomes so convoluted and over the top that it ends up being absurd and far-removed from anything resembling reality. This is at least in keeping with the actions of many of the characters whose lack of urgency at times is puzzling. Despite the severity of the central strand, there is always time for an extra-marital affair, a couple of paternity tests, sitting down for a pot of tea and any chance to add to the ridiculously high body count. But then this is a film in which a character can guess a cyber crime bosses laptop password in just three attempts, there is a distinctive lack of police presence and it feels the need to tell us that a towering shot of the River Thames and other landmarks is ‘London, England’.

It packs a lot into its one hour forty minute running time, which is by no means a good thing, especially when there is little to endear you to any of the characters whose actions and dialogue are about as believable as some of the visual effects. The cast do at least appear to be having a good time spouting the bad dialogue and playing with guns, but that is unlikely to be the case for the audience.