American actress. She is known for appearing in the web series Annie Undocumented, and as Negasonic Teenage Warhead in the 2016 film Deadpool.

Hildebrand was cast as the superhero Negasonic Teenage Warhead in the film Deadpool on March 30, 2015. The film was shot in Vancouver in April 2015, and released on February 12, 2016.

She was also cast as Sasha in First Girl I Loved, starring opposite Dylan Gelula and Mateo Arias.

In July 2017, Hildebrand was added to the main cast for season two of The Exorcist. 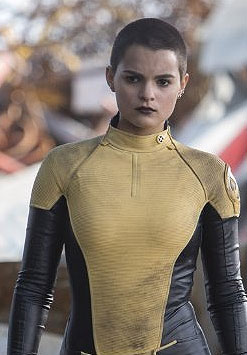