Actress Chloë Sevigny was nominated for an Oscar for her supporting role in Boys Don’t Cry (1999, starring Hilary Swank). Sevigny is known for appearing in independently-produced “arty” films, but her start in the entertainment industry came in the early 1990s, when she was hired by Sassy magazine, reportedly because of her fashion sense. This led to some modelling and acting, and she received good reviews for her dramatic performance in Kids (1995). Sevigny appeared in a string of small movies that mostly played the arthouse circuit, including Steve Buscemi’s Trees Lounge (1996), The Last Days of Disco (1998, with Kate Beckinsale), and Boys Don’t Cry. (In the latter film Sevigny played the girlfriend of Brandon Teena, a Nebraska girl posing as a boy. Swank won that year’s Oscar as best actress.) Sevigny has been an “indie” film regular and has shown a knack for being in movies that draw headlines, if not crowds. Her films include American Psycho (2000, with Christian Bale), The Brown Bunny (2003), Dogville (2003, starring Nicole Kidman), Woody Allen’s film Melinda & Melinda (2005), and Broken Flowers (2005, starring Bill Murray). In 2006 she co-starred as a polygamist’s wife in the cable television series Big Love, and she appeared with Jake Gyllenhaal in the 2007 crime drama Zodiac.

Sevigny was in summer theater camp with That ’70s Show star Topher Grace and used to babysit his younger sister. 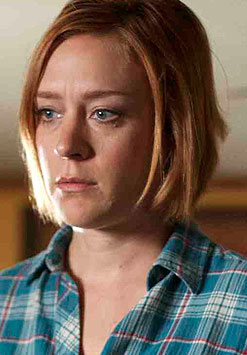