India Joy Eisley is an American actress. She is known for her role as Ashley Juergens in the ABC Family television series The Secret Life of the American Teenager, and her roles as Eve in 2012 film Underworld: Awakening, Sawa in the 2014 film Kite, and Audrina in the 2016 television film My Sweet Audrina. 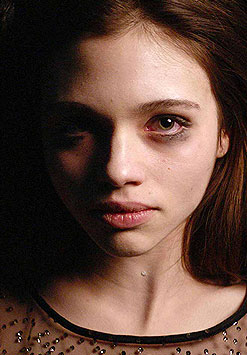