Sofia was a student at a private bilingual elementary school where she not only got to learn and perfect her English skills, she developed tight, lifelong friendships. As for boyfriends, she only has 5 ex-boyfriends, the most significant being the father of her son, Manolo.

Married to her boyfriend of 4 years at the age of 18, her ex-husband gave her the greatest gift of all; her son, who is now 8 years old. After Manolo was born, Sofia was set on becoming a dentist, but she was faced with a change in career paths.

Discovered by a photographer while walking down a Colombian beach (Laetitia Casta was also discovered on the sands of a beach), Sofia began to receive modeling offers. Since modeling was more attractive and glamorous than becoming a dentist, Sofia decided to try her hand at modeling, three years after she began studying dentistry.

One of her biggest claims to fame was her co-hosting duties with Fernando Fiore on Fuera de Serie, a series which sent her to exotic places all over the world. Broadcast on Univision, with Sofia as co-host from 1995 to 1999, it gave Sofia American exposure and made her a star in the Latin American market. 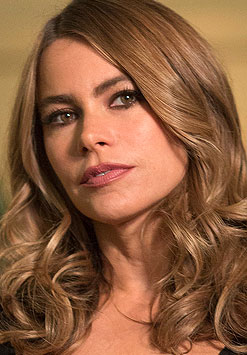