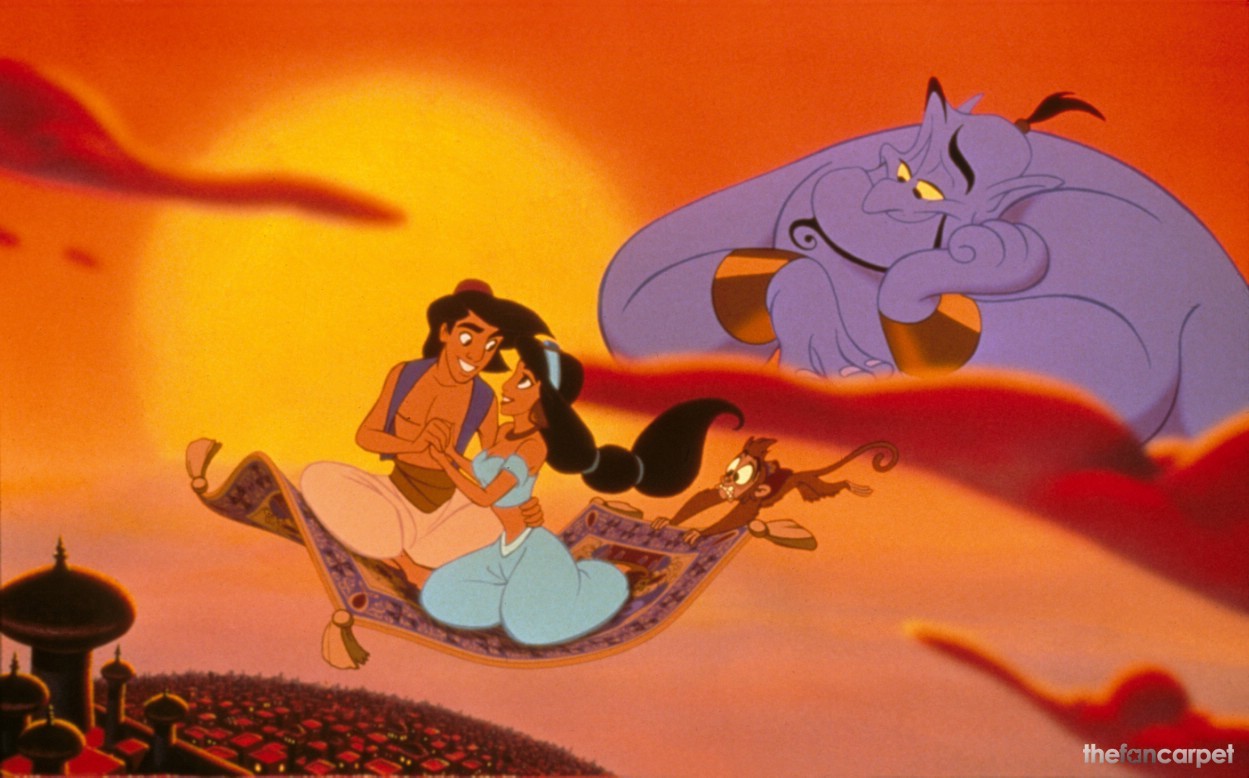 Aladdin is an animated feature about a street-smart young thief in the mythical city of Agrabah who meets and falls in love with the Sultan’s beautiful daughter, Jasmine, a liberated young lady who seeks to escape her present lifestyle. Help comes when the evil vizier, Jafar, plots to get a magic lamp for his own rise to power, and decides he needs Aladdin, a true “diamond in the rough,” to seek the lamp in the Cave of Wonders. Aladdin and his friend, the monkey Abu, gain the lamp and the wisecracking Genie inside for themselves. The Genie changes Aladdin into a prince so he can woo the princess, but the deception fails to impress Jasmine. As his true self, however, he uses his cunning and courage, with the help of the Genie, to defeat Jafar and his evil plans, in the end earning a princely title and the princess.