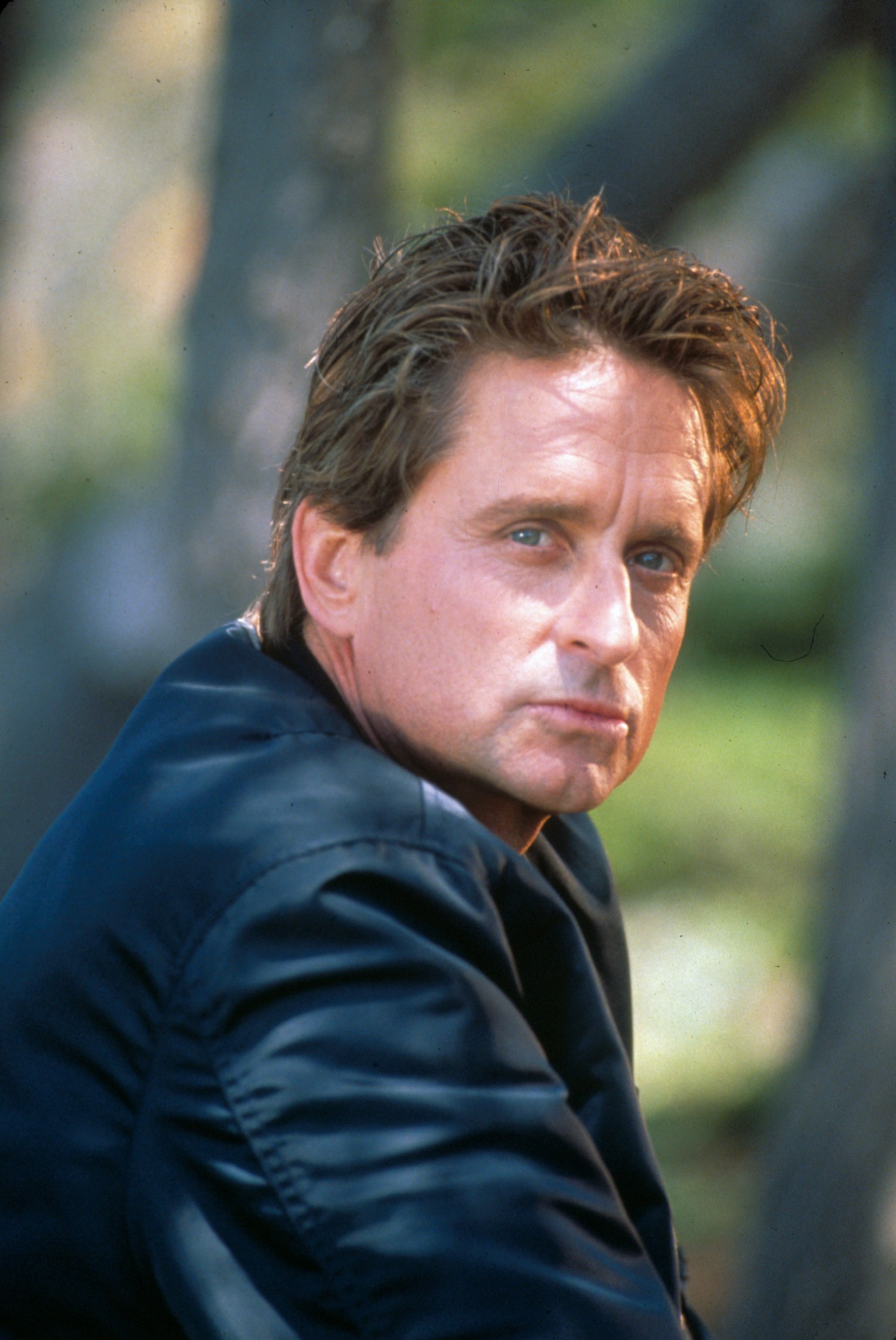 Basic Instinct is the steamy thriller to end all steamy thrillers stars Michael Douglas as Nick, a boozy San Francisco police detective who finds himself drawn to the prime suspect in a murder case–manipulative, sexually uninhibited novelist Catherine Trammell (Sharon Stone). Catherine’s latest book features a murder uncannily similar to the one Nick is investigating, and as the pair engage in a mating dance of dangerous one-upmanship, more murders occur, all described in her current work, about a boozy cop in love with a killer. Nick’s psychiatrist (Jeanne Tripplehorn), and cop partner (George Dzundza) are both worried about him, and Catherine’s jealous lesbian lover (Leilani Sarelle) may be trying to kill him, but Nick is just too turned on to care.

Director Paul Verhoeven shows an admirable lack of restraint in this ludicrously enjoyable thriller, a sort of postmodern noir with Joe Eszterhas’s script coming off like Mamet by way of Penthouse. Stone and Douglas exhibit fine chemistry (and most of their bodies), and there’s some lovely Bay Area scenery courtesy of cinematographer Jan de Bont (who went on to direct films such as SPEED and TWISTER). Wayne Knight (Newman from SEINFELD) and Mitch Pileggi (Skinner from THE X-FILES) are precinct heads who question Catherine in the infamous leg-crossing scene.