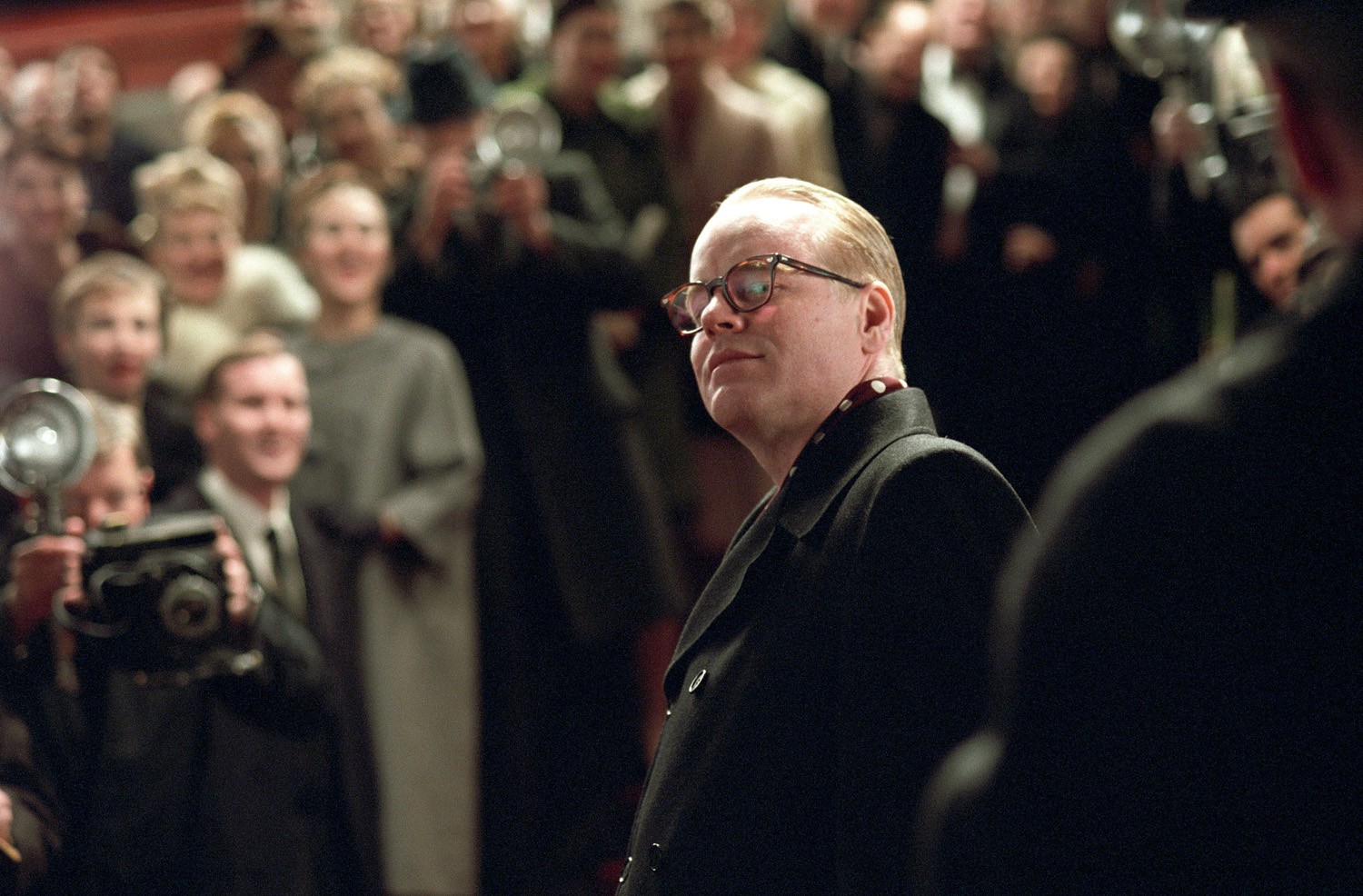 In November 1959, the shocking murder of a smalltown Kansas family captures the imagination of Truman CApote, famed author of Breakfast at Tiffany’s. With his childhood friend Harper Lee, writer of soon-to-be published To Kill a Mockingbird, Capote sets out to investigate, winning over the locals despite his flamboyant appearance and style. When he forms a bond with the killers and their execution date nears, the writing of In Cold Blood, a book that will chnage the course of American literature, takes a drastic toll on capote, changing him in a way he never imagined.