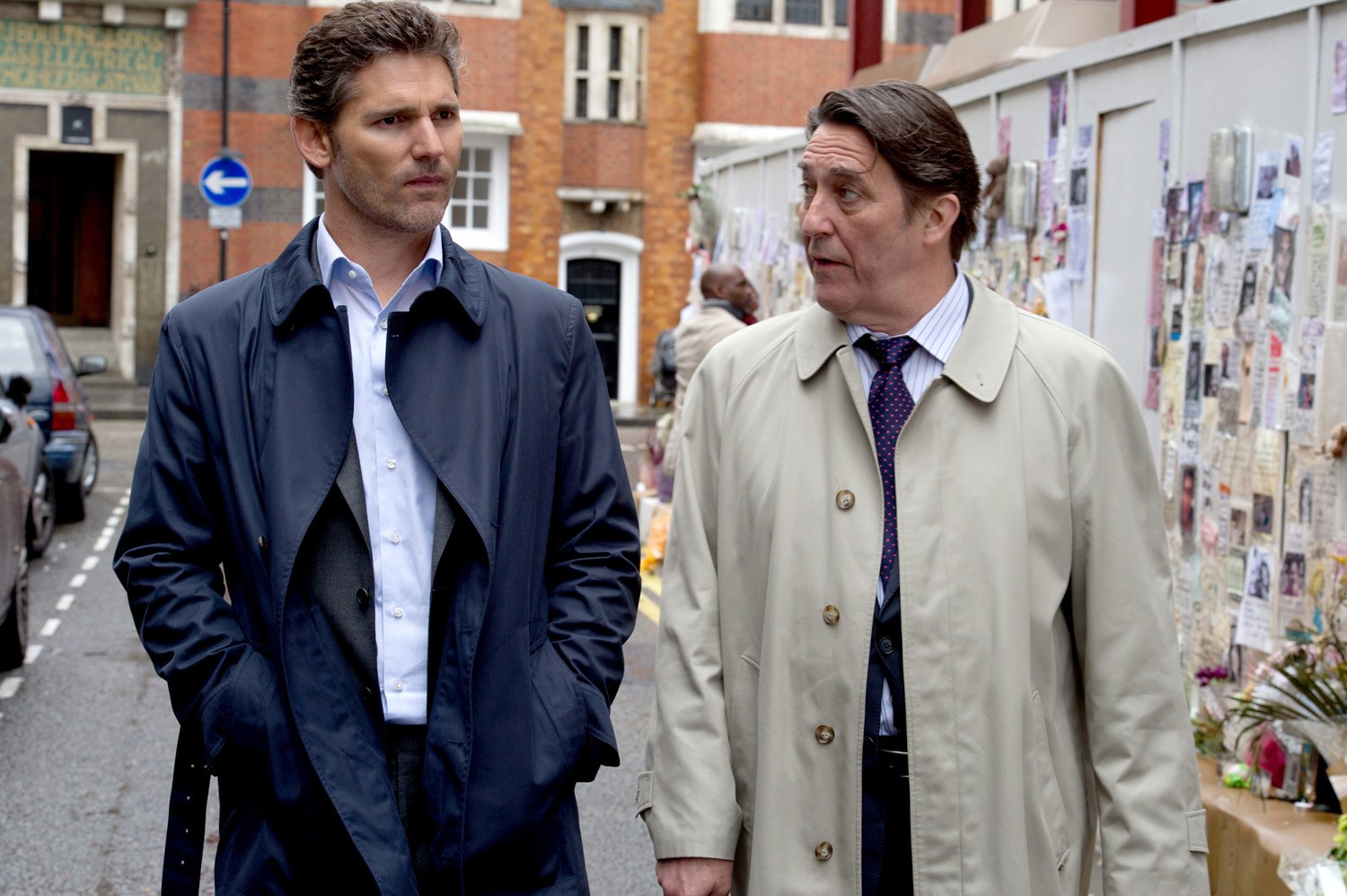 Closed Circuit. In the international suspense thriller Closed Circuit, a high-profile terrorism case unexpectedly binds together two ex-lovers on the defense team – testing the limits of their loyalties and placing their lives in jeopardy.

One morning, a busy London market is decimated by an explosion. In the manhunt that follows, only one member of the suspected terrorist cell survives: Farroukh Erdogan (Denis Moschitto), who is arrested and jailed. Preparations begin for what promises to be the trial of the century.

But there’s a hitch: the government will use classified evidence to prosecute Erdogan, evidence so secret that neither he nor his lawyers can be allowed to see it. Hence the need for the Attorney General (Academy Award winner Jim Broadbent) to appoint a Special Advocate, an additional government-approved defense lawyer (Claudia Simmons-Howe, played by Golden Globe Award nominee Rebecca Hall), one who has clearance to see classified evidence and who can argue for its full disclosure when the trial moves to “closed” session. The rules for the Special Advocate are clear: once the secret evidence is shared with her, Claudia will not be allowed to communicate even with the defendant or with other members of the defense team.

But just as the case is on the eve of going to trial, Erdogan’s lawyer dies suddenly, and a new defense attorney, Martin Rose (Eric Bana), quickly steps in. Martin is tenacious, driven, brilliant – and an ex-lover of Claudia’s. The two lawyers make an uncomfortable pact to keep their former affair hidden. But as Martin begins to piece the case together, the outlines of a sinister conspiracy emerge, one that will draw him and Claudia dangerously close again.

As far as cinema is concerned, you'd think that the recipe for success relies on the credentials on the writer, the director and the cast that have been acquired for the project. Therefore Closed Circuit should be on course to be a sure fire hit &...