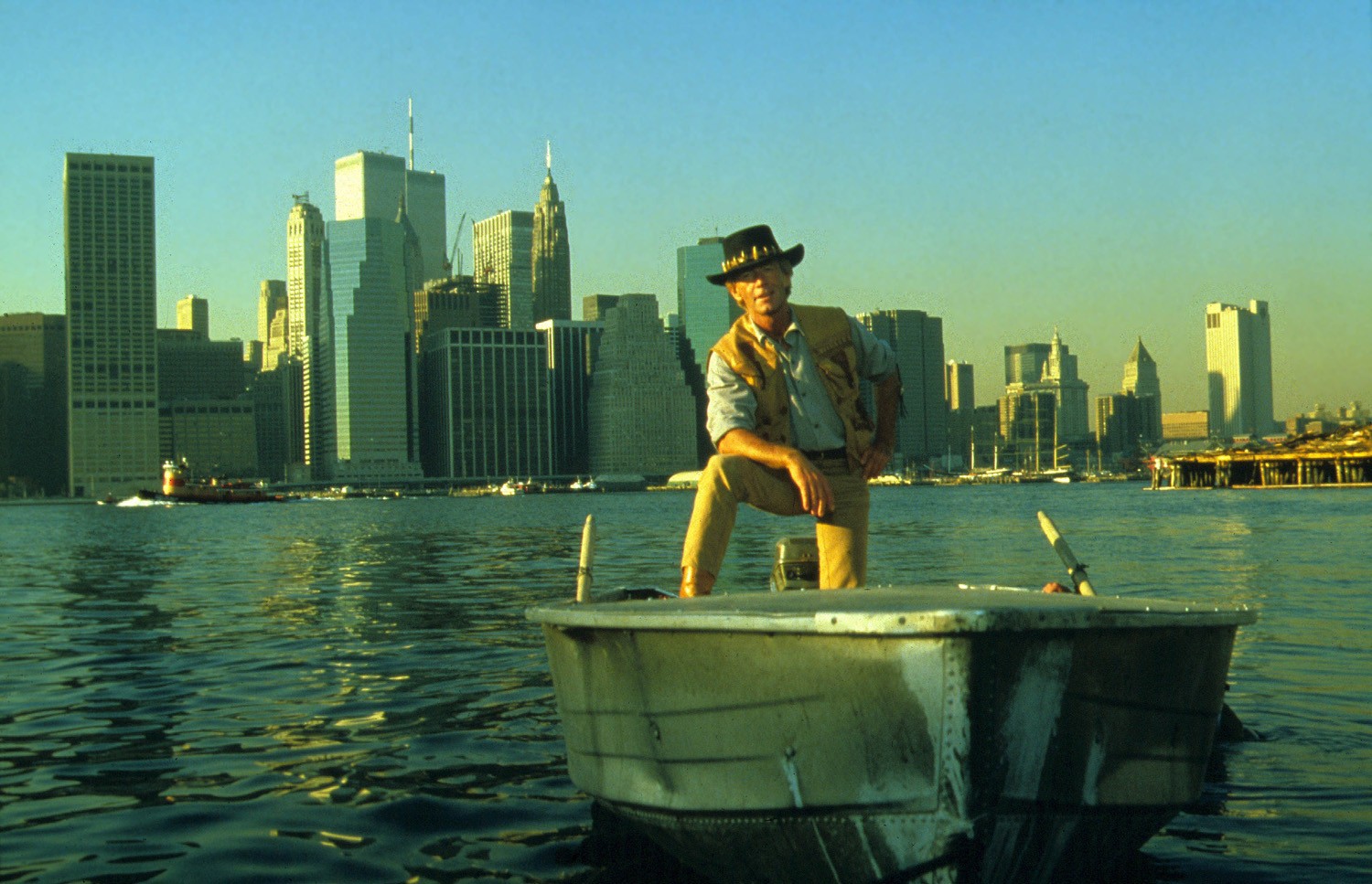 Aussie croc wrangler Mick Dundee (Paul Hogan) is starting to adjust to his crazy new surroundings in New York City with his beautiful new “sheila” Sue Charlton (Linda Kozlowski) when they accidentally get on the bad side of a ruthless drug lord. Their trouble starts when Sue’s old flame Bob (Dennis Boutsikaris) is murdered in Colombia for taking pictures of an assassination by drug smugglers. Having sent the photos to Sue, she and Mick are suddenly and inadvertently mixed up in his unfinished business, as the DEA and drug cartel henchman come looking for the film. The urban terrain of New York, however, is no place for the outdoorsy “Croc” and his posse to hide out. So they hightail it to the Australian outback–a place infinitely more familiar to Mick–and even out the odds by leading the big city hoods into a rugged landscape where they get a fast, funny and deadly lesson in wilderness survival. Much more an adventure thriller than the “stranger in a strange land” comedy of the first, Mick is still quick with the drawling one-liners, and the obvious warmth between real-life partners Hogan and Kozlowski adds to the fun.