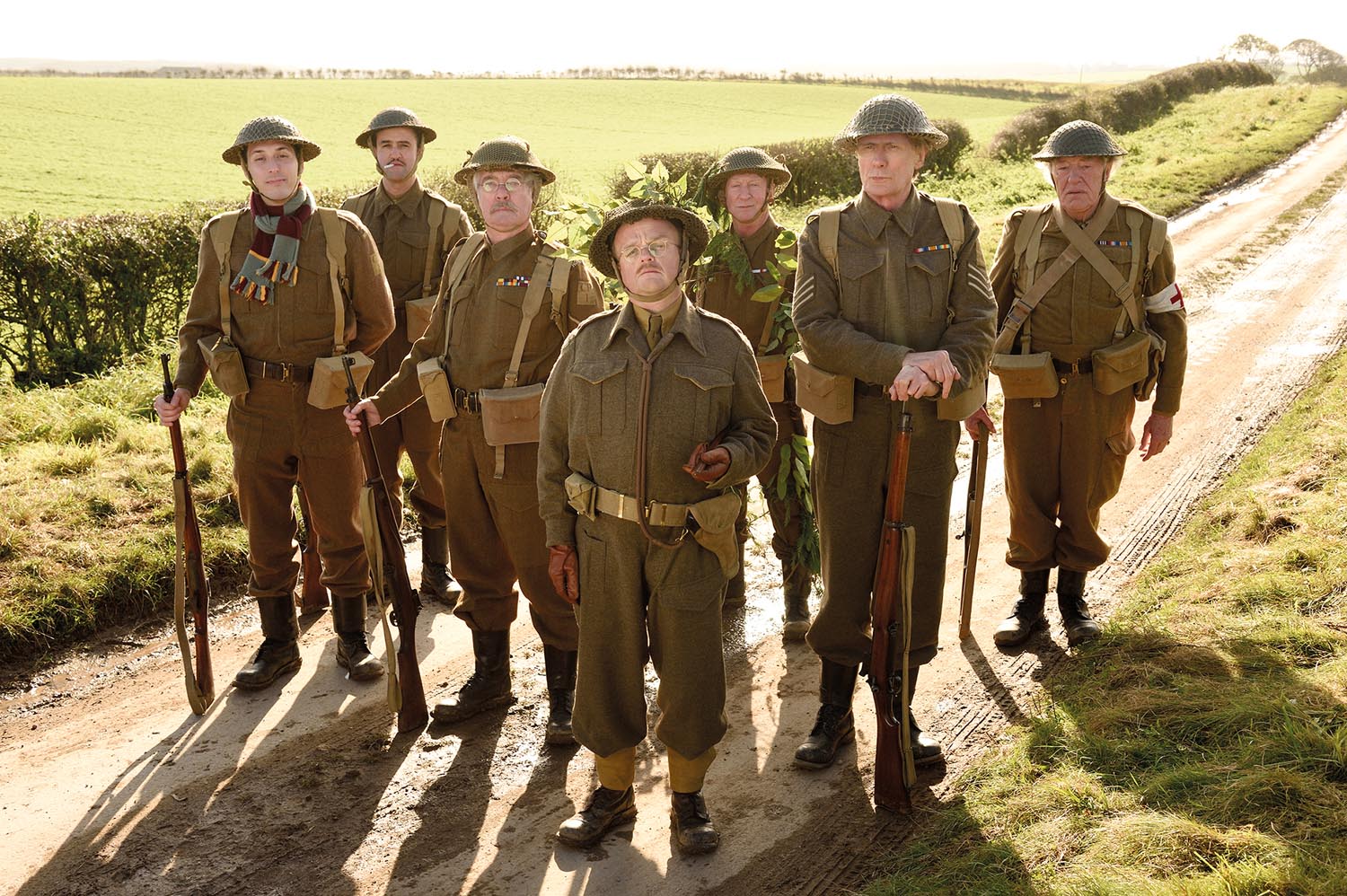 Dad’s Army. The feature film based on the much-loved iconic British comedy, will be released in cinemas on February 5th 2016. Directed by BAFTA award-winning Oliver Parker, the film brings together a stellar, award- winning British cast and has been written for the big screen by Hamish McColl and produced by Damian Jones.

It is 1944 and World War II is reaching its climax. The Allies are poised to invade France and finally defeat the German army. But in Walmington-on-Sea morale amongst the Home Guard is low. Their new mission then – to patrol the Dover army base – is a great chance to revive spirits and reputation, that is until glamorous journalist Rose Winters arrives to write about their exploits, setting the pulses racing and putting the local women on red alert. MI5 then discover a radio signal sent direct to Berlin from Walmington-on-Sea. There’s a spy on the loose! The outcome of the war is suddenly at stake, and it falls to our unlikely heroes to stand up and be counted.