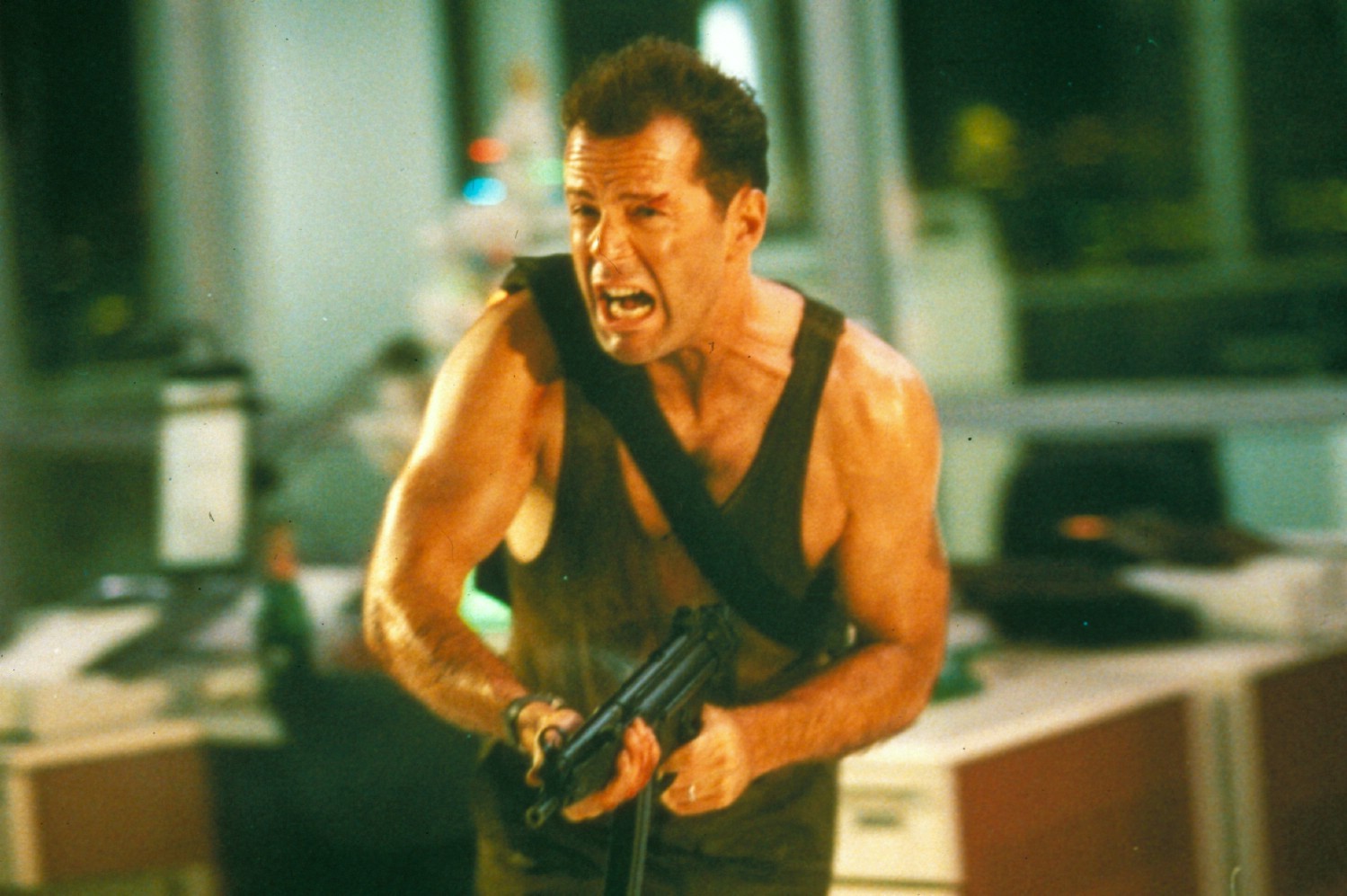 John McClane is a cop from New York City who is on his way to Los Angeles to see his kids and his wife Holly, who moved to LA because of a job at the Nakatomi Corporation. When he arrives at Nakatomi Plaza, he meets Holly’s boss Joe Takagi and her co-worker Harry Ellis. He and Holly go into a private bathroom and get into an argument. When Holly leaves to give a speech, thirteen armed terrorists lead by Hans Gruber seize control of the building and take the occupants of the 30th floor, who are the only ones left in the building, hostage. Luckily, they missed John and he has to figure out how to save the hostages before the terrorists get their way