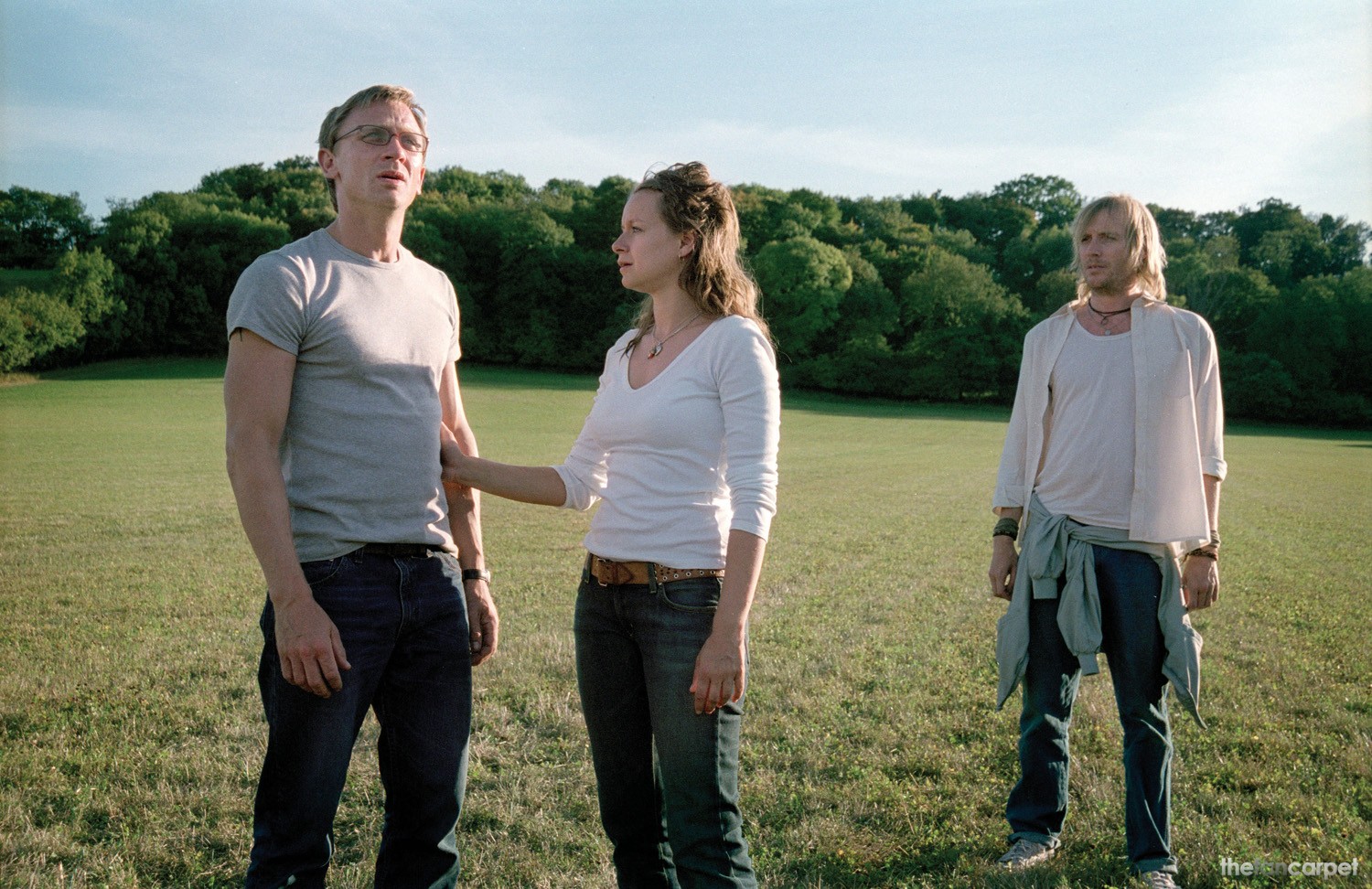 Joe Rose has planned an intimate picnic in the English countryside with his girlfriend Claire (Samantha Morton). The afternoon is meant to be special; he has brought wine and a ring…he is about to propose. The afternoon is suddenly interrupted when a hot-air balloon plunges from the sky – a young boy trapped within its basket. Joe and three other men instinctually run to the rescue. Yet in their attempt to save the child and pull the sky-bound balloon to the ground, one of the men meets a spectacular and totally unpredictable death.

Determined to understand what happened to cause this tragedy, Joe returns to his life as a rational, scientific-minded professor. Yet he cannot escape constant thoughts of the balloon incident. Unexpectedly, he receives a call from one of the other rescuers, Jed Parry (Rhys Ifans), who expresses an urgent need to meet with him. An intense and brooding soul, Jed insists that he and Joe have shared a powerful moment together and that, as he puts it, “something has passed between them.” Joe is perplexed by the suggestion and he simply dismisses it as the ramblings of a man trying to cope with the emotional stress of what happened.

Yet Jed will not be dismissed. Instead, he insinuates himself deeper and deeper into Joe’s life, bit by bit, showing up at odd moments and then shadowing him with a persistent desperation Joe cannot understand or escape. Soon, the neatly ordered life that Joe has so carefully created for himself begins to rupture at the seams. He is consumed by dread every time the phone rings or he looks out the window, fearful it will be Jed.

As Jed’s obsession grows more and more powerful, it turns increasingly ominous. It begins to threaten Joe’s relationship with Claire. How can Joe reconcile the passion in his own heart with the passion that has brought a madman to his doorstep? His beliefs shaken to the core, Joe is driven to the brink of madness and murder himself, as he is forced to confront the mystery not only of what happened at the picnic, but of love, faith and forgiveness.

Based on the acclaimed novel by Ian McEwan, ENDURING LOVE is a psychological suspense thriller about how fate shapes our relationships, how accidents can change our lives and how meaning is unravelled from sheer chaos.