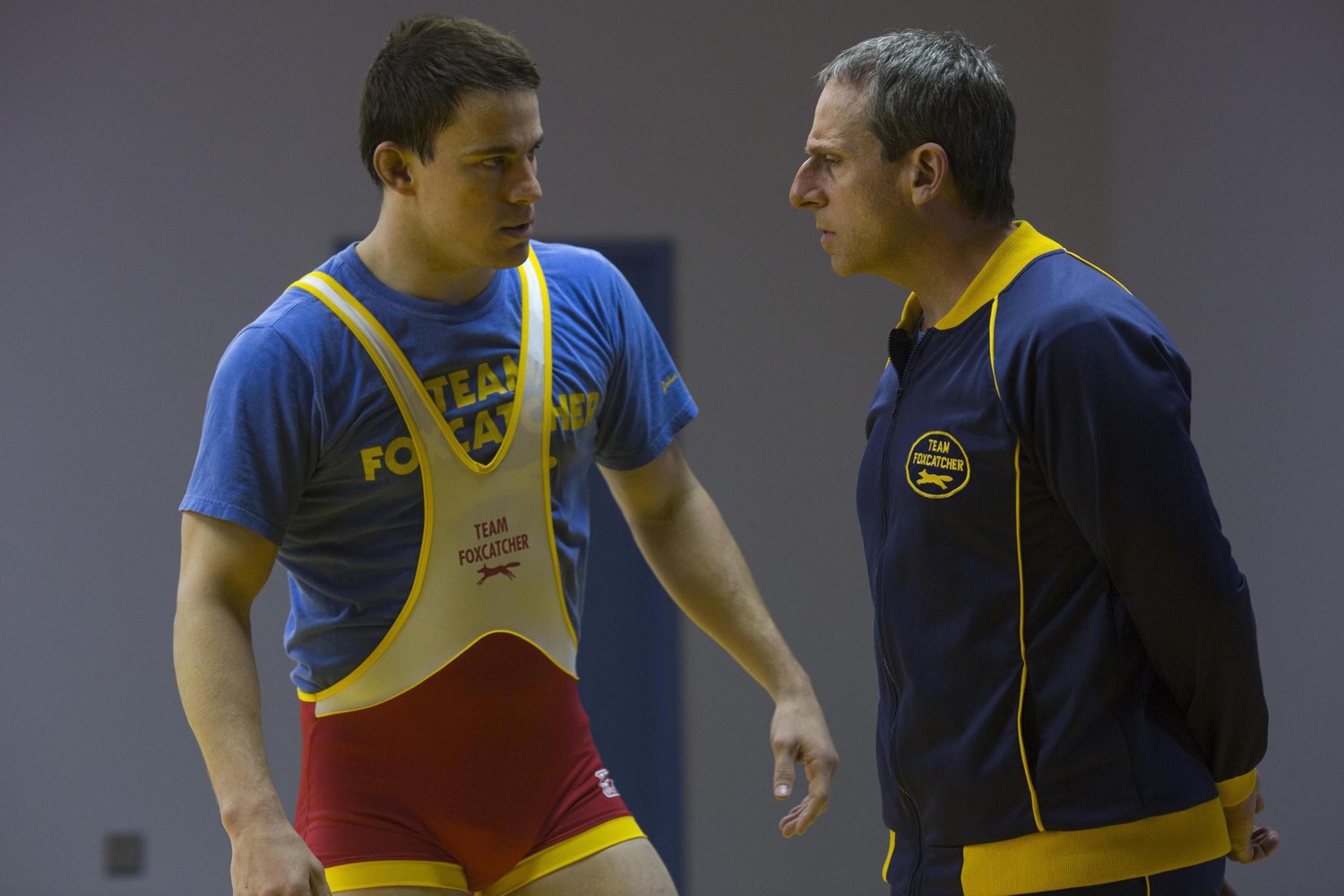 Based on true events, FOXCATCHER tells the dark and fascinating story of the unlikely and ultimately tragic relationship between an eccentric multimillionaire John du Pont (Steve Carell) and two champion wrestlers Mark Schultz (Channing Tatum) and his brother, Dave (Mark Ruffalo). Bennett Miller won the Best Director prize at Cannes for this rich and moving story of brotherly love, misguided loyalty and the corruption and emotional bankruptcy that can accompany great power and wealth.

Premiered at the BFI London Film Festival on 16th October 2014.

It's tempting to presume that sports films emerging around this time of year – particularly ones that focus on a darkly complex, troubled protagonist -- are hopeful for Oscar contention, and Foxcatcher is no different.