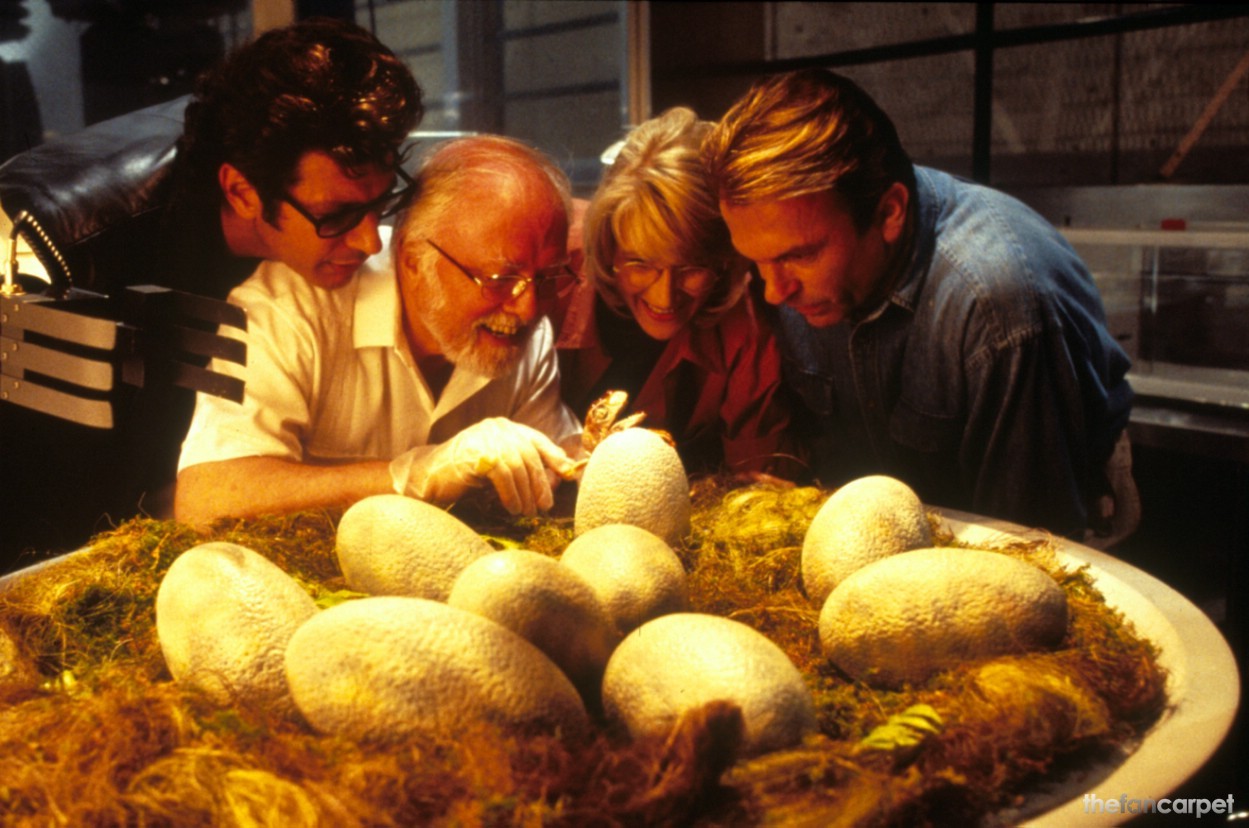 Jurassic Park. On a remote island where an amazing theme park with living cloned dinosaurs is located, five people must battle to survive among the prehistoric predators when the security system breaks down and the beasts are released from their enclosures.