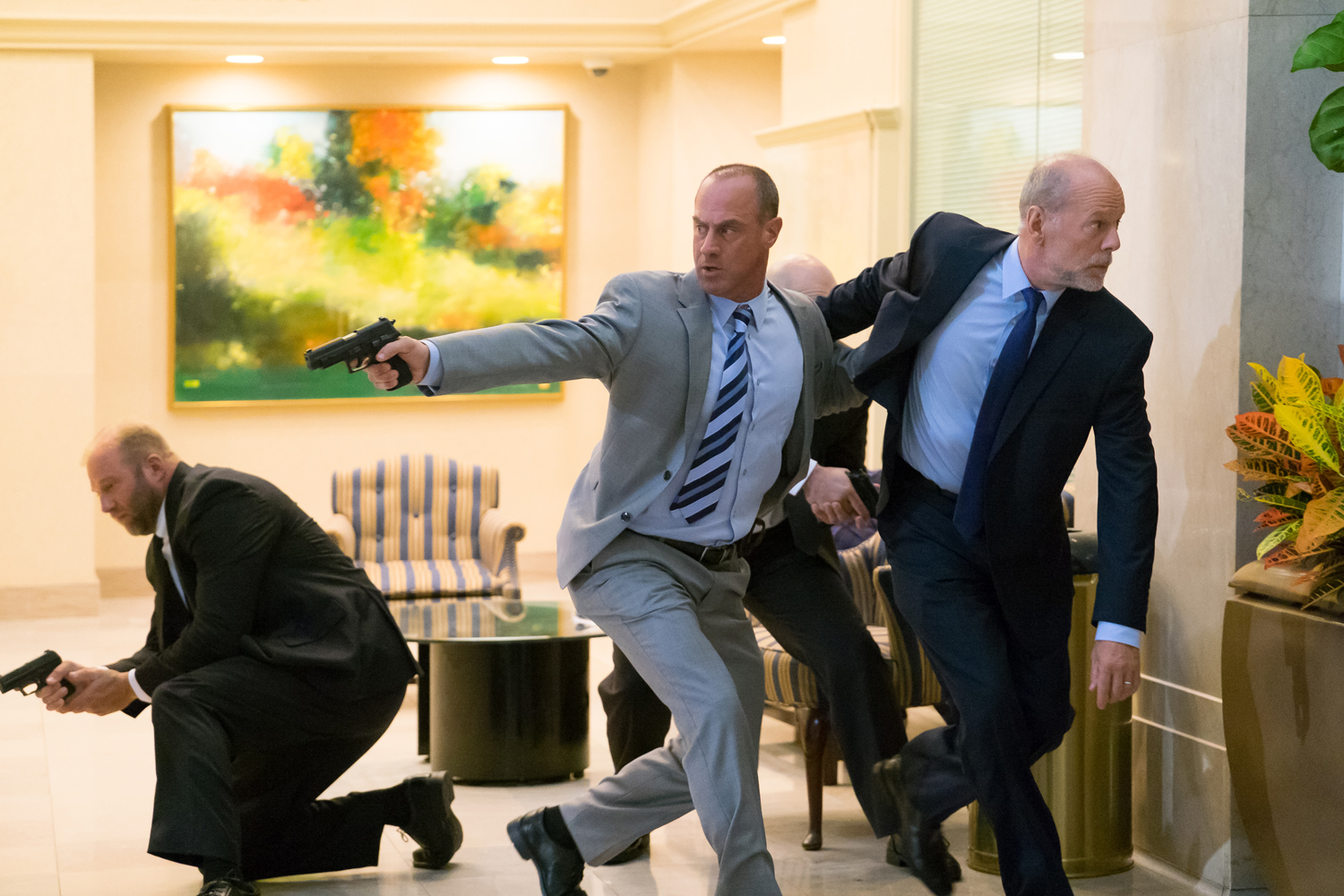 Marauders. After an untraceable group of elite bank robbers execute the perfect heist, making off with millions in cash whilst leaving a dead bank manager in their wake, the FBI Agents investigating the robbery/homicide (Christopher Meloni, Dave Bautista and Adrian Grenier) begin to uncover signs of corruption involving the bank’s owner (Bruce Willis) and his high power clients. As they dig deeper into the case, the Feds realise that appearances can be deceiving, and in order to untangle a complicated web of deception and corruption they must push themselves to the brink – where the lines between right and wrong are often blurred.