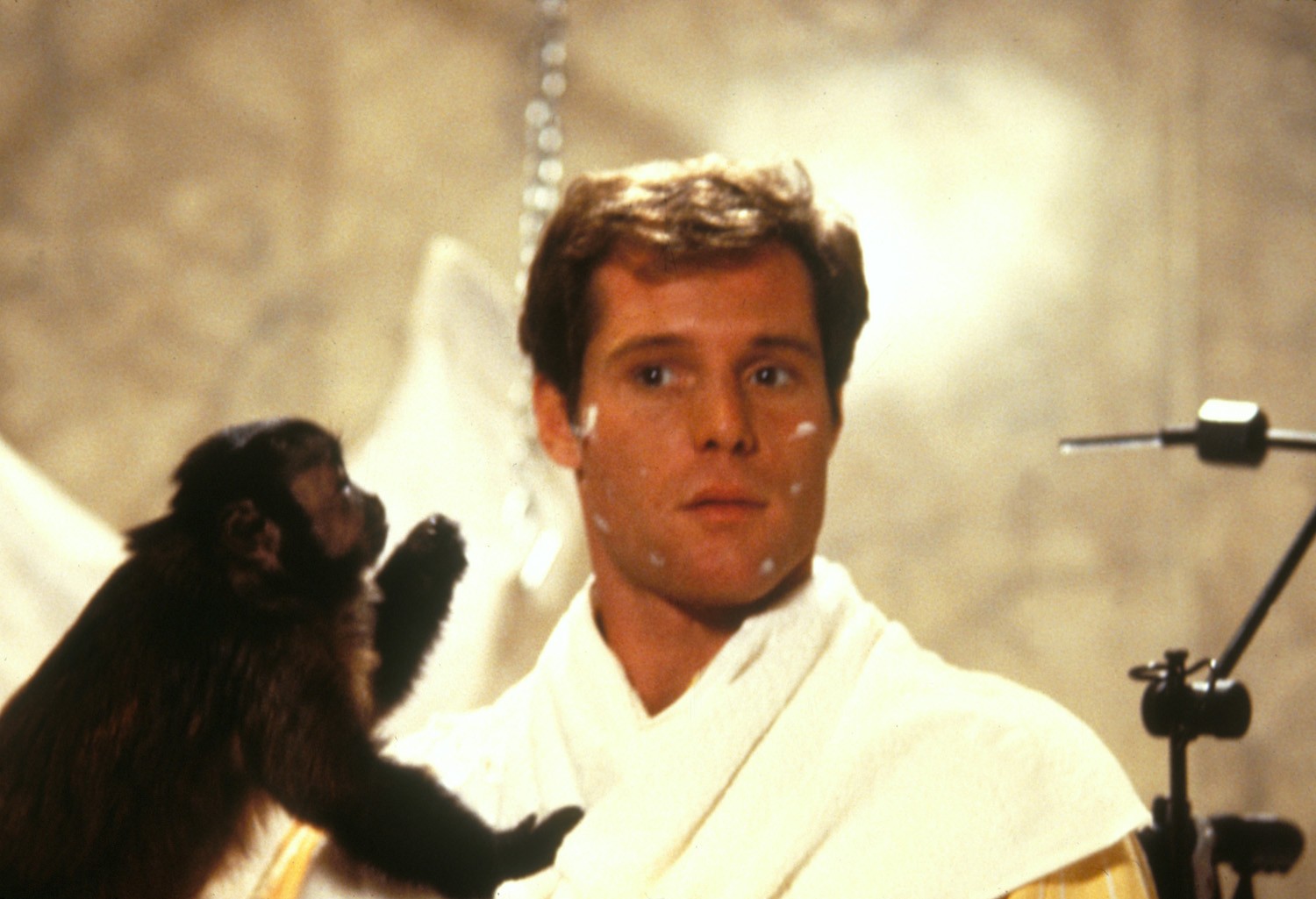 Allan Mann’s (Jason Beghe) life is falling apart. It starts when he goes for an early morning jog, only to be hit by a truck and wake up as a paraplegic. While he’s learning to cope with his disability, his girlfriend (Janine Turner) leaves him for his surgeon. Allan becomes even more distraught when he assesses his life, which consists of an overly nurturing mother, an amphetamine-crazed best friend (John Pankow), and a permanent view from a wheelchair. However, things take a turn for the better for Allan when Ella enters his life. She is a capuchin monkey who has been trained to be his hands and help him to adapt to the new limits imposed on his body. Everything seems to be taking a turn for the better until Allan begins having violent dreams from Ella’s point of view in which she is doing harm to those close to him. He then begins to fear that she might not be just an everyday helper monkey but also homicidally possessive to boot.
Michael Stewart’s 1983 novel vividly comes to life in the able hands of veteran horror helmer George A. Romero. Though the human cast serves the material well, primate aficionados will revel in the bravura performance by Boo, who, as Ella, is undeniably menacing.