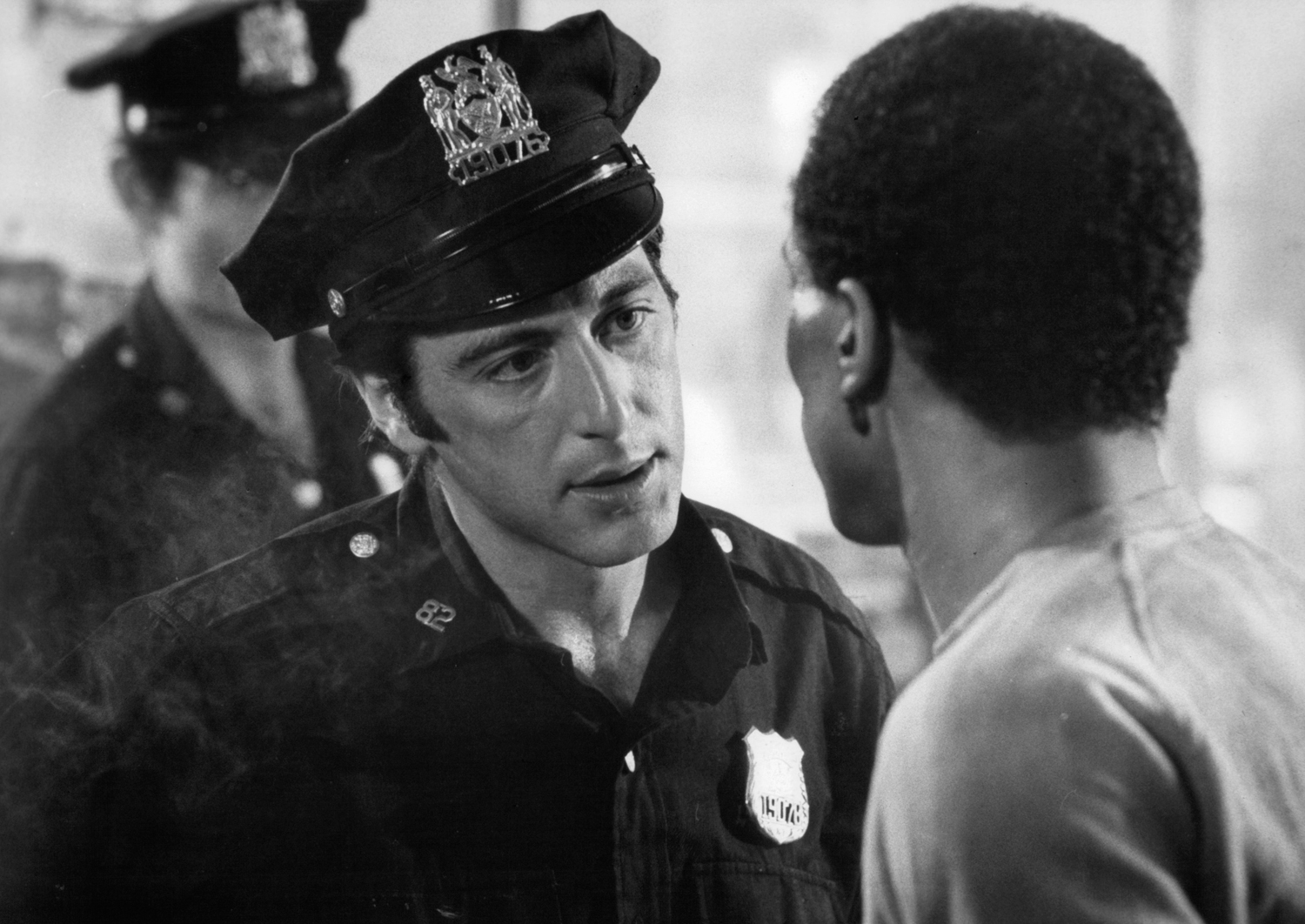 Serpico. The true story about a cop in the 1960s-early 1970s. Unlike all his colleagues, he refuses a share of the money that the cops routinely extort from local criminals. Nobody wants to work with Serpico, and he’s in constant danger of being placed in life threatening positions by his “partners”. Nothing seems to get done even when he goes to the highest of authorities. Despite the dangers he finds himself in, he still refuses to ‘go with the flow’, in the hope that one day, the truth will be known.