The Fifth Element | The Fan Carpet 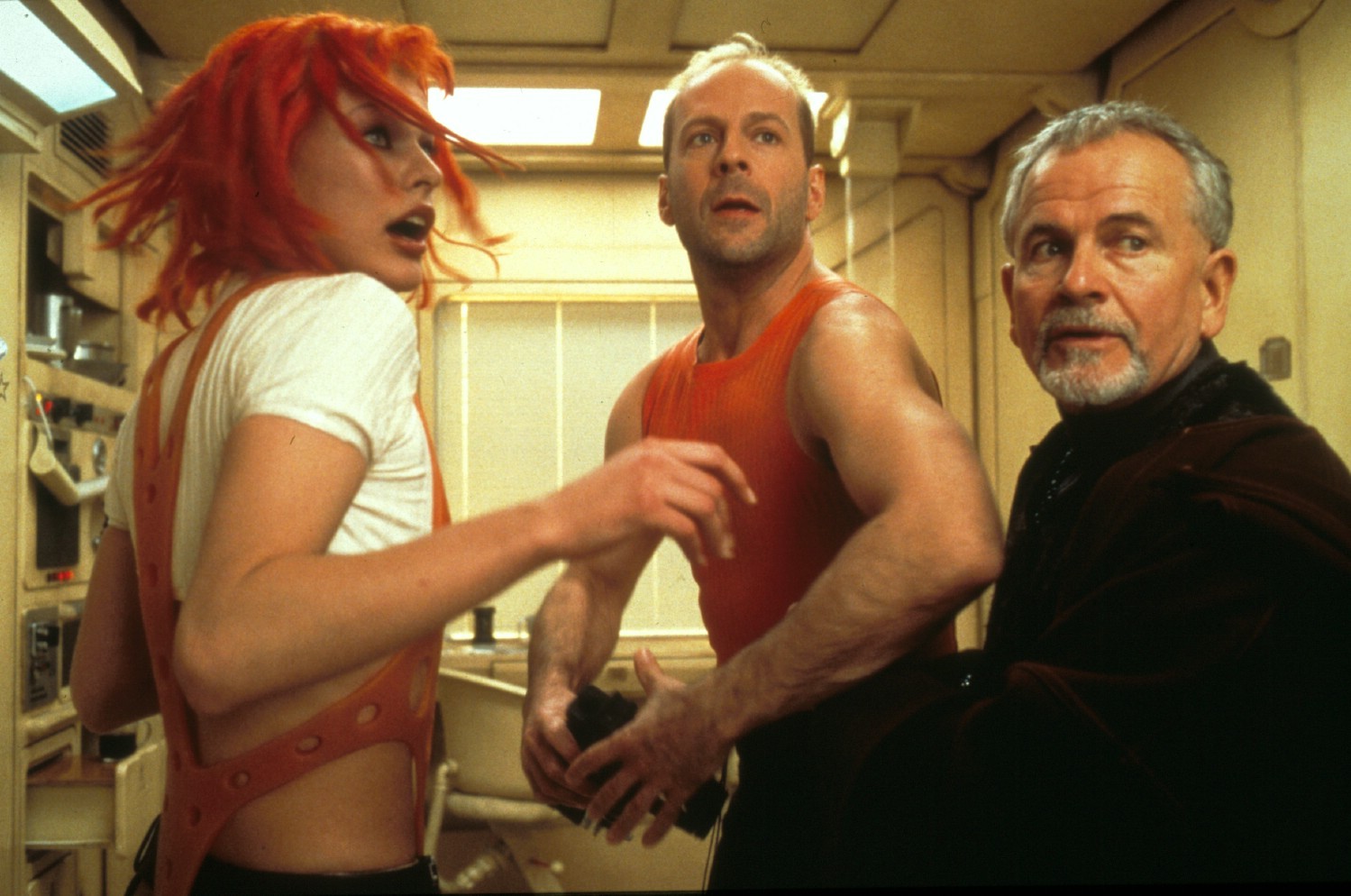 There will come a time in the Universe where a great evil will threaten all life in the Universe. The Ultimate weapon against evil is called “The Fifth Element”. When a Professor discovered it in the 1910’s, he fund it very astonishing. However, a group of mechanical beings known as the Monascheiwans came to Earth to take the fifth element to ensure its existence. Then in the distant future of the 2200’s, the Earth is polluted and weird. In the mega metropolitan city of New York, a former space soldier named Korban Dallas is now a taxi driver. Meanwhile as the Monasceiwans were returning to Earth to fend of the risen evil, were shot down in space by a ruthless race of beings known as Mangalores. As the humans dug up what is left of the Monascheiwans’ ship, they created the perfect being named “Leeloo”, who dropped in on Korban Dallas. Dallas saves her and finds a man, a priest named Vito Corniellious, who is trying to find the Elemental Stones needed to power the weapon against evil, however he is competing with a corrupted businessman named Zorg.