The King and I | The Fan Carpet

The King and I 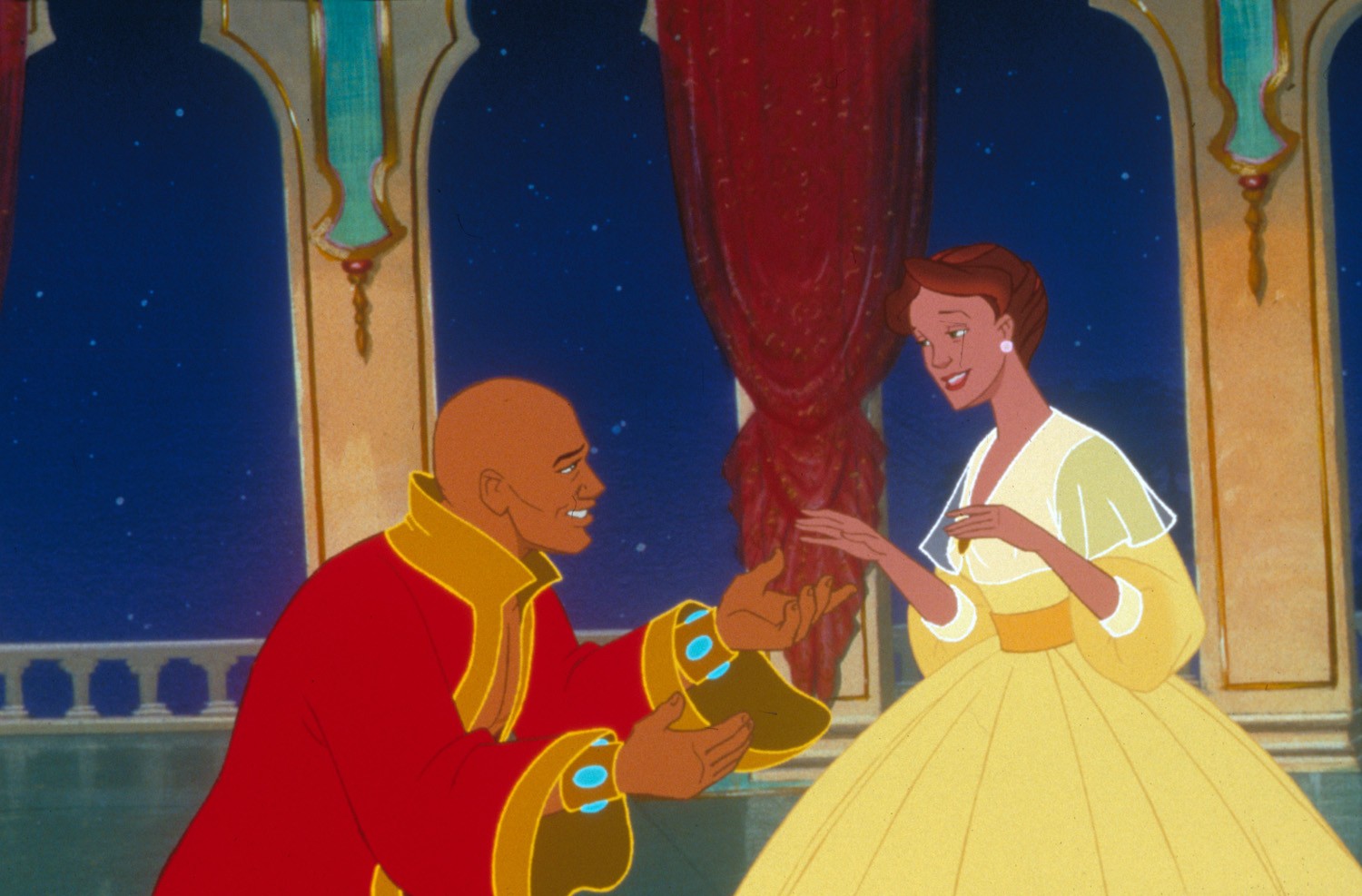 In this animated adaptation of the popular musical, British widow Anna Leonowens (voiced by Miranda Richardson, with singing by Christiane Noll) and her ten-year-old son Louis (Adam Wylie) travel from London to Siam in 1863. The King of Siam (Martin Vidnovic) has requested a proper English governess to teach his Royal children about the western world, from which he feels his nation can no longer remain isolated. While the King is an absolute monarch bound to uphold the traditions of his country, he is also a man of science. Uncertain about change, he realizes he must lead Siam to find its place in the world, but there are many roadblocks ahead. Anna begins to teach not just the children but also the King. The two strong-willed individuals immediately clash, but Anna soon proves an able advisor, convincing the King not to fight the approaching British emissaries, but to throw them a grand ball instead. There he will convince the world he is the modern monarch of a civilized country. Kralahome (Ian Richardson), the Prime Minister of Siam, has other ideas. As the Royal Astrologer, Kralahome possesses the ability to create powerful and horrific illusions to prey on the fears of his enemies, and he has his own plans for the country. He seeks to rule the nation but he must first get rid of the King. He plans to show the British that the King is a barbarian who should be removed from office, and only a man of Kralahome’s sophistication can properly lead the people. With his bumbling assistant, Master Little (Darrell Hammond), the Prime Minister hatches a plot to dethrone the King.