U Turn | The Fan Carpet 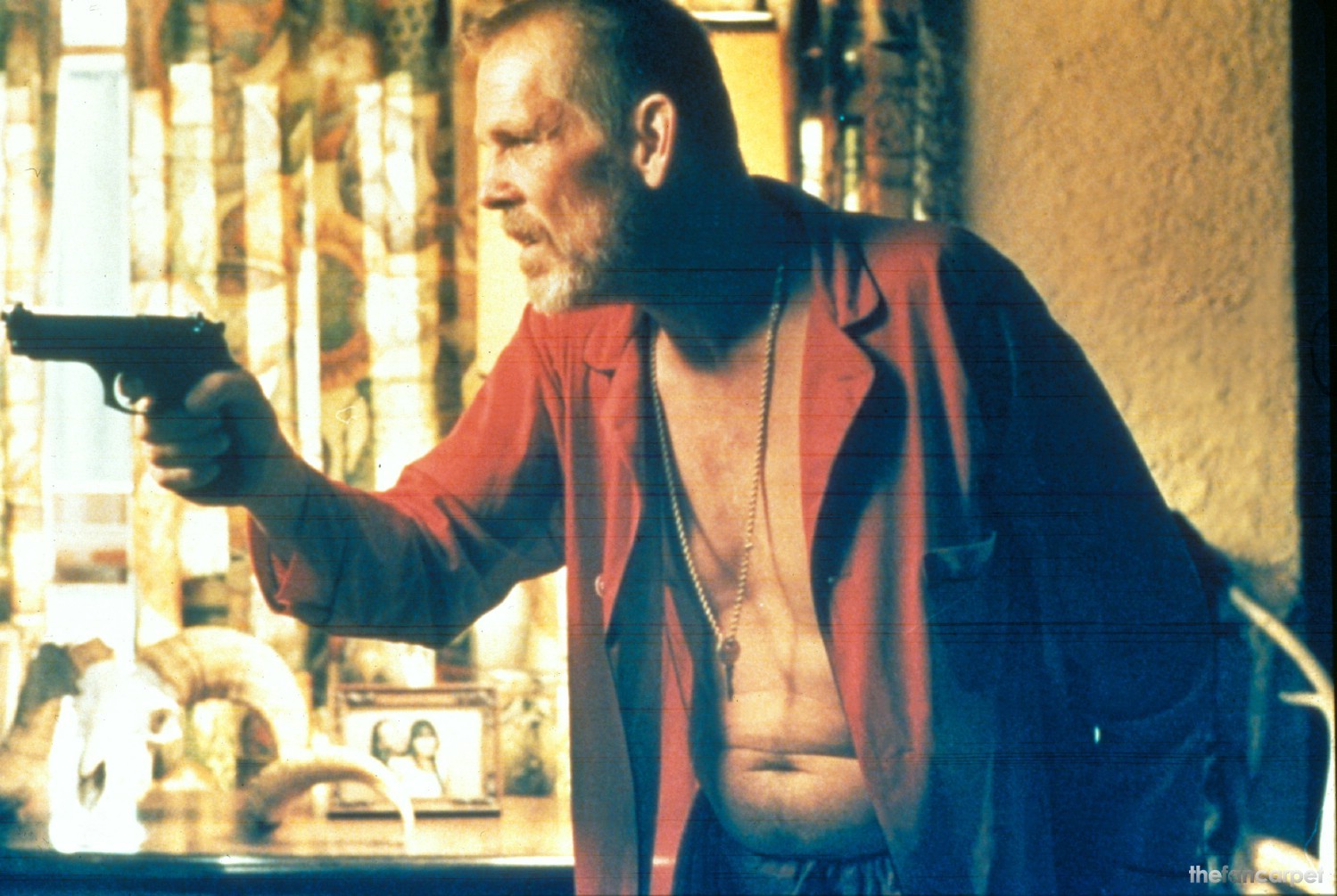 Oliver Stone shelved his social conscience while making this vicious nest-of-vipers noir. Sean Penn stars as Bobby Cooper, a gambler on the run who is forced to lay up in a desolate Arizona whistlestop with car trouble. Desperate and broke, he receives an offer from the middle-aged Jake McKenna (Nick Nolte) to kill his beautiful young wife, Grace (Jennifer Lopez). Initially reluctant, he’s finally forced to contemplate the deal. But the fun doesn’t really begin until Grace hires Bobby to kill Jake. The film is based on the modern noir novel STRAY DOGS by John Ridley.