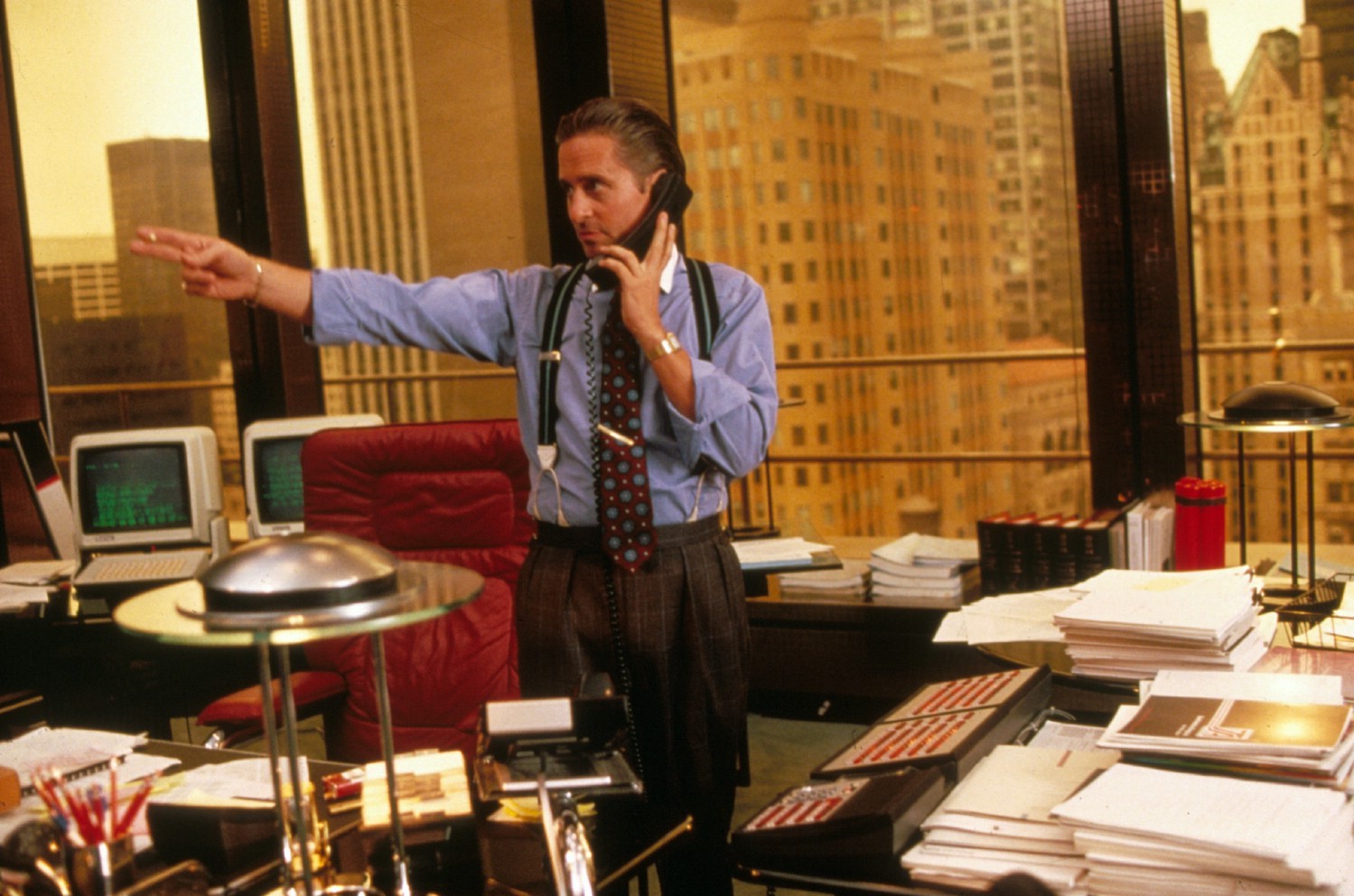 Bud Fox is an ambitious stock trader who will do just about anything to get into the big leagues. He has been actively courting Gordon Gekko, one of the biggest stock speculators on Wall Street. Gekko manipulates the market using inside information and his motto best describes his approach: greed is good. Nothing will stop him from pursuing a good deal and he takes advantage of Bud’s burning to desire to succeed. Soon, Bud finds himself getting information from any source and using to gain an advantage. It all comes to a head however when Gekko targets Blue Star airlines, the company where Bud’s father has worked for 24 years, secretly planning to break it up and plunder the employees’ retirement fund.