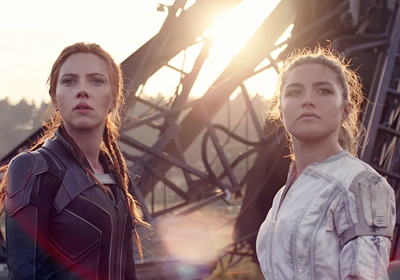 "At this point, Johansson knows her character inside and out"

After being delayed three times due to the Covid-19 pandemic, it’s been a long time coming, but it’s finally here, Cate Shortland’s triumphant entry into the Marvel Cinematic Universe; Black Widow, starring the wonderful Scarlett Johansson gives us a much anticipated look at the life of Natasha Romanoff, set between the events of Captain America: Civil War and Avengers: Infinity War to answer some questions that have arisen since her debut in Iron Man 2, including the events in Budapest.

Black Widow opens with a flash back to Natasha’s childhood in Ohio in 1995 with her “family” unit made up of David Harbour’s Alexei, Rachel Weisz’s Melina and Ever Anderson and Violet McGraw as the young Natasha and Yelena respectively. When their mission is complete, the family leave, leading to a action packed set piece involving a daring escape to Cuba to rendezvous with their boss Dreykov (Ray Winstone).

Fast forwarding to 2016, Natasha is a fugitive for violating the Sokovia Accords and evades capture from Thaddeus Ross (William Hurt) and relocates to a safehouse in Norway, with the assistance of O-T Fagbenle’s Mason, there she recieves a package from Yelena (Florence Pugh, who has been set free from The Red Room's control after exposure to the antidote know as Red Dust.

Combining genres is something Marvel excel at, whilst this is a superhero film with fantastical events, on the surface, Black Widow is a family focused drama, centring around the stellar interplay of Harbour’s Alexei, Weisz’s Melina and the grown up version of Yelena with Scarlett Johansson’s Natasha. At this point, Johansson knows her character inside and out, and whilst I won’t spoil it here, the Taskmaster reveal is heartbreaking.

Superbly directed by Cate Shortland, Black Widow is a great way to kick off Phase Four of the MCU, serving as a send off of sorts for Johansson’s Natasha as we know her fate at this point, and also as a passing of the torch to Pugh’s Yelena.

The performances are stellar, especially Pugh, who is positioned as the main Black Widow moving forward, Pugh excels as Yelena bringing a vulnerability to the character as well as showing her to be a fierce force to be reckoned with. I’d be very happy to see a Black Widow sequel following Yelena, Pugh is a star and one to watch out for.

Backed by a wonderful soundtrack from Lorne Balfe and a couple of covers that are hauntingly beautiful, Black Widow succeeds in kicking off Phase Four of the MCU, showing that the future is bright for Marvel, and after the last year and a half, it’s exactly what we need. And no Marvel film would be complete without the traditional post credit screne, so stay until after the credits, what it sets up, you won't want to miss.