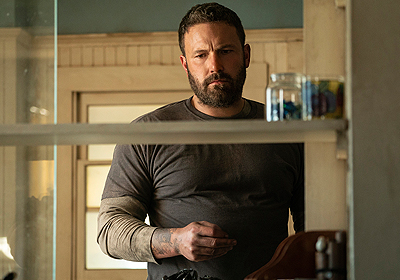 Ben Affleck’s career has been a turbulent one, filled with lows and highs. From critically panned Gigli to scooping up an Oscar for his film Argo, Affleck has had a whirlwind of an acting portfolio. Even recently. I mean, after his stint in the incredible Gone Girl, who didn’t expect him to continue with hit, after hit, after hit? However, with some sub-par, forgetful movies such as Triple Frontier, The Accountant, and his attempts at playing the caped crusader in Batman vs Superman and Justice League (albeit, he was very good in the role). However, now he is mesmerising in maudlin melodrama Finding the Way Back.

Directed by Gavin O’Connor, Finding the Way Back revolves around construction worker Jack who is struggling with his alcoholism. With his ex-wife Angela and his family all concerned about his habits, a ray of hope comes into his life when he is offered the position of coaching the basketball team that made him a star.

However, Jack struggles to keep a control of his drinking, especially when he is forced to confront his demons and his tragic past.

Finding the Way Back is a quietly and, at times, moving film. The biggest problem is that the movie hitches its drama on a formulaic plot and falls into overfamiliar tropes.

Whilst O’Connor strips away any flashiness from a movie that could’ve easily been Oscar bait, it still falls down from similarities to other sports dramas of this fashion. It can be intimate and tender but feels like safe bet.

Ben Affleck’s performance is incredible. He avoids overt clichés of someone struggling with their addictions. His scattered excuses to those around him, hiding evidence of beer cans in the office or coming up lies much to the chagrin and worried eyes of his loved ones. Then the ferociousness of coaching the basketball team and using them as a recovery tool creates a richly complex character spurred by sadness and anger. Affleck doesn’t fall into pitfalls and intricately layers Jack into a compelling character.

The other exceptional element to Finding the Way Back is Rob Simonsen’s score, having previously crafted memorable and magical music for Fast Color and Love, Simon, his melodic concoctions highlight the brewing emotions of Jack.

Finding the Way Back feels like an attempt to replicate the brooding drama of movies such as Manchester by the Sea but falls short of creating the same spark and depth. Though tired and predictable tropes can affect this muted but intimate sports drama, Finding the Way Back excels with an empathic performance by Ben Affleck and Robert Simonsen’s impeccable score.